No this is not a post where I am going to guess the future of the beer industry like everyone else has been doing lately. Honestly I am too busy keeping up with everything going on right now in the industry (I only have to scan about a dozen beer blogs a day or so) to look into the future.

No, I am going to project things to come on this blog. First and foremost I will answer the oft asked question, why is Rogue on your Enemies list?

Well Brett Joyce, President of Rogue wanted to know why too, so I sat down with him last week to talk about it and I brought a voice recorder.
I predict it will surprise some people and reinforce others opinions. One thing is for sure, Rogue definitely spares no expense… 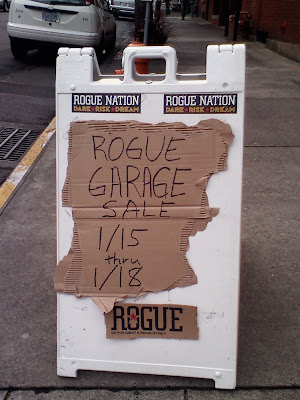 Later that evening I attended a special dinner at Widmer with both the brothers and all the brewers in attendance. It was to celebrate the release of their new W’10 Pitch Black IPA that we reviewed here. It was a lot of fun.
While awaiting the event to start I tried a Regifted Red at the bar. This was billed as a pretty traditional red on the menu only it was 9% abv! It was surprisingly light, almost watery. It did have some toasty crystal malt flavor and some dry roastiness from a pinch of chocolate malt and indeed some hoppiness. It was mostly just really fruity though. The alcohol flavor was surprisingly subdued for such a big and light beer. 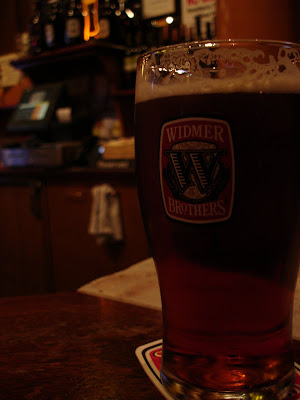 A few interesting facts I learned: Widmer’s Pilot system, anotherwords their testing batches, are 10 Barrels! Thats the same size of system at Upright Brewing.
Also interesting is that the much covered recent loss of Widmer’s Imperial IPA in the power outtage was actually not covered by insurance. I thought for sure that it would be but that’s a lot of money down the drain.

I also have been preparing for the first blind tasting panel for the blog. It will feature Cascadian Dark Ales/Blind IPA’s as their are a million of them coming out these days. This Saturday from 11am-1pm at Belmont Station Abraham Goldman-Armstrong is hosting a symposium on the (hopefully soon to be official) style. It is worth checking out and hearing his thoughts. If you cant make it I will be posting some notes from Abe and our friend Allison is doing a video.

Speaking of CDA’s I am heading up to Hood River and Stevenson, WA today with “SNOB” Ritch to film a new video segment on Walking Man, and I hear Jacob will have the newest batch of Big Black Homo, their black version of the Homoerectus imperial IPA. I would swear its one of the best if not the best I have had in the category (style) but we will see for sure when it comes to the blind tasting.

Another sub-style that is having a bit of a resurgence is the Oyster Stout. Yeah thats a real version of stout brewed with Oysters. You may have heard we recently made one at Upright Brewing with Jason Mcadam of Alchemy Brewing. But I just found out that Ft. George brewed one too and Brady from The Daily Pull blog was nice enough to bring a growler to me. Look for a more in depth story about the history and process soon. 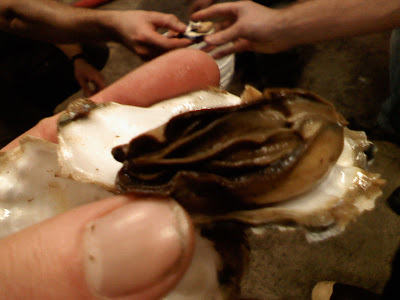 Check back tomorrow for the Bretty Joyce Rogue interview, or atleast part of it considering how long it is taking me to transcribe it!