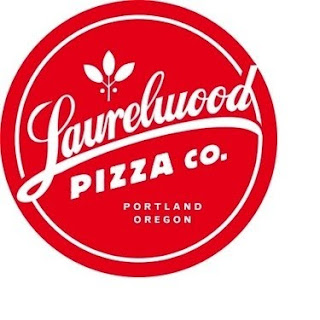 I recently learned from a New School tipster that Laurelwood Pizza Co., the well-loved family restaurant and brewpub, will be closing at the end of the year. Many know that the current Pizza Co. location was the original location and primary brewery for the Laurelwood empire before they opened the larger brewery and pub on NE 51st and Sandy.
Beyond the surprising news of the closure, the space will be taken over by a new and unrelated new brewery!
More details below…

Perhaps more interesting then the closure of the Laurelwood Pizza Co. is the news that a brand new brewery will be taking its place. Columbia River Brewing Company will add yet another startup to the ever growing lineup of new breweries.
I was able to confirm the closure with Laurelwood owner Mike De Kalb, who pointed towards problems with the property owner rather than business. Mike noted that they had a long run, almost 10 years at the 40th Avenue location and it was time to move on after their lease is up in January. Mike, however, knew very little about the new tenants, only that they had been one of many interested parties.
Very little information about Columbia River Brewing Co. is available at this point, only that a change of name and ownership has been filed on the space taking effect in January 2011. Knowledgeable residents of Portland may remember that Columbia River Brewing was the original name of Bridgeport Brewing Co., and was later the name used by a startup Gresham brewery that quickly failed and then became Port Halling, where Craig Nicholls (now owner of Roots Organic Brewing) honed his skills and founded the NAOBF. The Gresham brewery later became Main St. Brewing, and most recently was remodeled and renamed 4th St. Brewing.
As our tipster points out, this is almost certainly unrelated to any of those previous companies, but is an odd choice for a name when so many have used it and failed before. I’m curious whether the owners of the new company are aware of that name’s heritage or not?
It is unclear whether the closure of the original brewery will affect production of Laurelwood beers, but I must assume that we will see fewer seasonals and one-off beers. What is to happen to the brewing equipment on 40th Avenue? Will the new owners be purchasing it with the space? I put these questions in to Mike DeKalb, but have not received any answers yet.
If anyone has any more information on this, please contact me at: SamuraiArtist1 at gmail.com