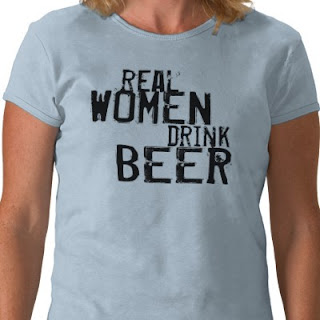 Everyone knows the beer community is mostly a boys club. There are a few people, though, who are trying to change this, and there may have never been as much of a movement for women in beer as right now. This Mother’s Day kicks off a big push to get women drinking beer and breweries supporting the idea.

I am pretty lucky to be able to say that some of the chief pioneers and progressives in this area are friends of mine, and all are working hard on cool new projects to advance women in the industry, as well as simply expanding the palates and appreciation of craft beer to women everywhere.

Teri Fahrendorf is the founder of the Pink Boots Society for women brewers. An ex-professional brewer herself, her last job being as Head Brewer of Steelhead in Eugene, she has since moved on to the ingredients side of brewing as an account manager for Great Western Malting, but has not lessened her work in promoting women and beer. Recently PBS hosted a meeting of members at the Craft Brewers Conference in Chicago, with 48 brewers from all over the country attending. 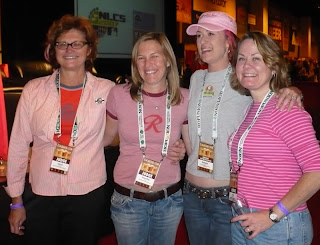 Draft Magazine last week featured an article on the Top 10 Beers Brewed By Women, all based on selections from Teri’s work with female brewers across the world. Check it out, it is very much worth a read and features some surprising selections you may not realize were brewed by women.

Teri’s current project is a grassroots campaign to get breweries to host Mother’s Day events and/or specials for the day, which is this coming Sunday. I have offered to help spread the word for this great cause. Says Teri:

“We’re dreaming big here, but starting small: At some point in the future, I’d like to see every brewery on the planet offer brewery tours on Mothers Day each year from 1-4pm. We’re taking a page from the winery playbook: Nearly every winery in the west offers tours and tastings on Memorial Day weekend and Thanksgiving Day weekend every year. Wine drinkers know this and make plans to enjoy these events each year. We don’t have a universal event like that for beer and breweries. The closest we come is Oregon’s Zwicklemania event, but that only happens in Oregon. (And it pumps up a bit of business in the slow month of February, how cool is that!)”

So far, Gritty McDuff’s in Portland, ME, Sprecher Brewing in Milwaukee, WI, Nebraska Brewing in Nebraska, and Silverton Brewing in Silverton, CO, have all announced Mother’s Day tours and tastings. Yet there have been no official announcements from Portland breweries, though some may be in the works. Teri is suggesting that you call your local brewery and ask about Mother’s Day events.

“Some breweries are making plans for this event, but some haven’t caught the buzz yet. You can help drive the event by calling your local brewery(s), making the request, and bringing in your mom on Mothers Day. We hope to make this an annual worldwide event. Sometimes ya just gotta dream big.” 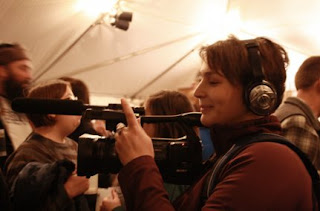 I met Alison Grayson a few years back when she moved to Portland from the east coast. A videographer/documentarian by trade, she recently took up an epic project, a documentary titled “For The Love Of Beer” about women in all aspects of the brewing industry, from brewers to writers to bartenders to sales reps. Since taking up the project, she has been filming tirelessly and trying to raise money to fund the project, including traveling recently to the Craft Brewers Conference in Chicago and to the GABF this fall. She is currently editing the first Trailer for the documentary that will be screened somewhere in Portland soon for a fundraiser party. As of right, now she is asking people to “Like” the documentary’s fan page on Facebook to keep everyone better up to date with the project.

Lastly, New School columnist Ben Edmunds is teaching a special Oregon Beer Odyssey class for Mother’s Day called Beers For Your Mother at The Beermongers bottle shop from 4-5:30 pm. This could be a great way to introduce otherwise non-beer drinkers to craft and imported beers they would have never have otherwise tried. Sign up or get more details at the Oregon Beer Odyssey site.

If you’re planning on setting up a Mother’s Day tour, tasting or whatever, please email me at SamuraiArtist1 at gmail.com and I will help spread the word about it!