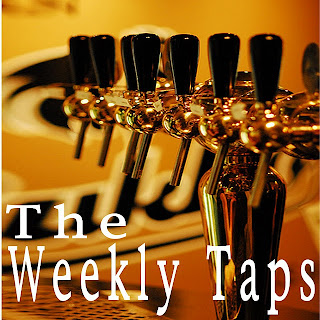 The Weekly Taps compiles brand new and interesting/rare beers on draft in the Portland, OR area. There are many resources for bottled beers and major releases but few that keep up with special drafts that are released with little fanfare that are sometimes gone within a few days.


This week there is a small but interesting collection of new beers and recently released seasonals.
Want your new taps listed on The Weekly Taps? If your a brewer, bar/restaurant owner or manager email me at SamuraiArtist1 at gmail.com

Laurelwood Pizza Co. that we recently broke the news of their impending closure has a new Pale Ale called Peacnik. APEX has the new Braumeister Pils from Victory Brewing, many know that their regular Prima Pils is amazing.
Bailey’s Taproom has the latest incarnation of Dogfish Head’s Aprihop that Jimmy recently wrote about in his Cheese/Beer/Life column and Bailey’s also has Gilgamesh Brewing’s popular unhopped Mamba (formerly known as Black Mamba).
Also look for 3 new beers at Deschutes Public House. Saraveza has a new Belgian IPA, Kriek and Bitter on.
A rare keg of Schneider-Brooklyner Hopfenweisse at Victory. Plus new barrel aged Lompoc beers and big brews from Mcmenamins.

As always The Weekly Taps are presented by Taplister. 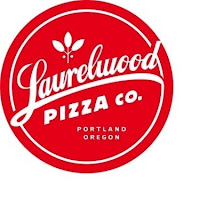 Victory: Braumeister Pils
On tap now @ APEX
In the summer of 2000 we started a new experiment. Loving the Prima Pils, but wondering what it might taste like if we isolated each of it’s four hop varieties to taste them on their own, we brewed the ‘Black Forest Pils’ to taste German grown Tettnanger Tettnang hops full on. A beer we had enjoyed in the Black Forest in 1987, Waldhaus Pils, inspired this investigation. From there we went on to the ‘Might Zatec Pils’ with Czech Saaz hops. At that point we had a series going which we have called Braumeister Pils. The approach is the same with each brew. Basically the Prima Pils recipe, but featuring only 1 variety of whole flower hops, kegged and served unfiltered in the ‘keller’ (“cellar”) style.

Gilgamesh: Mamba (formerly known as ‘Black’ Mamba)
On tap now @ Bailey’s Taproom
0 IBU 8% ABV
A hopless brew with a light, yet slightly sweet, spicy body. Brewed with black tea and a hint of tangerine zest and rye, thearomatic flavor will please beer and wine lovers alike. Definitely something you must try.

Flying Dog: Raging Bitch Belgian IPA
On tap now @ Saraveza
Bitches come in a variety of forms, but there’s never been something as sassy as Flying Dog’s Raging Bitch Belgian IPA. An American IPA augmented with Belgian yeast, our 20th anniversary beer jumps out of the glass and nips at your taste buds with its delicate hop bitterness. At 8.3% ABV, this bitch is dangerously drinkable.

Echt: Kriekenbier
On tap now @ Saraveza
traditional Flemish cherry ale. This refreshing ale is based on Vichtenaar and has the aroma of Kirsch cherry brandy, smooth, vanilla-like oaky palate and late surge of passion-fruit flavors with some acidity. Local sour cherries are added during the maturation process to the wooden casks containing Vichtenaar. The final product is a blend of 1, 2 and 3 years old beers.

Mcmenamins: Saison
On tap now @ Hillsdale Pub
Saison (French, ‘Season’) Is the name originally given to refreshing low alcohol pale ales brewed seasonally in farmhouses in Wallonia, the French speaking region of Belgium. ‘Hillsdale 2010 Saison’ is bigger and bolder than its ancestors! With a cloudy orange color, creamy white head, and an unmistakable bubblegum like aroma! This Farmhouse ale will delight many a Saison Fan! 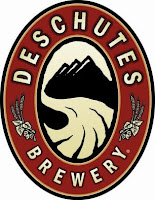 Deschutes: Bee Gone Saison
On tap now @ Deschutes Portland Public House
This traditional farmhouse ale was brewed with 5 different malts, blackberry honey, and a plethora of spices. The fruity and floral aromas rise from this beer like no other.
IBU’s18 | Alcohol by Vol. 6.9%

Deschutes: The Obliterator Maibock
On tap now @ Deschutes Portland Public House
This craft made malt liquor was made with Vienna, Pilsner, and
Munich malts. Loads of German Perle, Halletuarer, and Czech Saaz hops were used to balance this easy drinking, golden lager.
IBU’s 40| Alcohol by Vol. 7.4%

Schneider-Brooklyner: Hopfen-Weisse
On tap now @ Victory Bar
This brew is the result of the long friendship of Brooklyn brewmaster Garrett Oliver and Schneider brewmaster Hans-Peter Drexler. Garrett had always admired the delicate balance of flavors in Schneider Weisse, while Hans-Peter had long enjoyed the effusive hop character of Brooklyn East India Pale Ale and BLAST! Garrett’s concept for the collaboration was that each brewmaster would brew essentially the same pale, hoppy weissbock in the other’s brewery, but with different hopping to reflect the local hop flavor.
Dry-hopped w/ Hallertauer Saphir.