Last week, the New School team of myself and “SNOB” Ritch went to hang out with our new friends Kiley Hoyt and Elan Walsky of the new startup Coalition Brewing, located at 2724 SE Ankeny, just off of 28th. The brewery will join both Spints Alehouse and Migration Brewing in what must be the biggest up-and-coming strip in Portland for craft beer. We filmed an in-depth interview and tour of the brewhouse, and earlier I got some very revealing questions answered about what makes Coalition unique, what brewers/breweries inspire them, and how they think Coalition will fare in the ever-growing Portland brewery crowd.
Angelo at Brewpublic did a nice feature on Coalition last weekend, but I think you will find many different questions here, as well as the video, that will make it worth your reading.
Enjoy.

Behind the Pint-Coalition Brewing from Ritch Marvin on Vimeo.

Who is involved in Coalition and what are their backgrounds?

Kiley Hoyt and Elan Walsky are the owners of Coalition. Both have been homebrewing for quite some time and had a formal education at Siebel, the World Brewing Institute. Bruce MacPhee, the Master Brewer of Coalition, brewed at Deschutes Brewery in Bend for nearly a decade.

Initially Coalition Brewing was to be called Hobo Brewing, why the name change?
Hobo Brewing was a name I (Kiley) came up with at the beginning of this business venture. I was transferred out to Portland with my job at the time, only to be laid off a few days later. I started brewing again and received a lot of positive feedback and support. Since a Hobo relies on those around them for help during tough times, I felt some sort of connection with the name. However, it isn’t that easy. When things start to progress and the legal aspect starts playing a role, many things can change. The name had already been taken, so no dice. After the business plan was written and certain concepts had developed, Coalition was a more fitting name.
With all the new breweries opening in PDX some suggest that the market is over saturated, is this a concern?
No. I think all the breweries here are so different from one another and we all focus on doing our own thing which makes us unique. There is so much comradery in this industry and no feelings of fierce competition. We all want each other to be successful and continue to work together to do so. I’m not sure if it’s the influence of Portland, the beer, or both-but I love it. 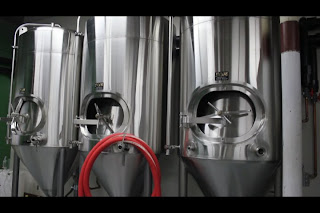 What would you say the philosophy is of Coalition Brewing and/or what makes it unique?

Bringing the community together through beer. Beer is a beautiful thing. It forces us to sit down, enjoy, start conversation, create ideas, meet new people and be in the company of old friends. However, there is so much more to it than that pint that arrives in front of you at the bar. We have created the Coalator Program to allow the community to indulge in the other aspects of beer. We are inviting local homebrewers to fill out a very informal application for this program. Once chosen, that person will come in and develop a recipe with us that we will all brew together on our pilot system. Once we are all satisfied with the turn out, it will be on tap in the pub. This tap will be constantly rotating with local talent. At years end, the community will vote on their favorite Coalator brew. This person will then return to brew the same recipe on our big system.
How did you get into brewing?
It’s really quite simple. It was the day I realized I could actually create something I loved.
What size is your brew system?
It’s a JV NW 10 BBL system.
What sorts of beers will Coalition be making?
Approachable and balanced. There are a few twists here and there, however, a lot of our influence is from traditional English ales. We will be opening with out Pale, Red, and ESB. Shortly after will be our Stout, Maple Porter, IPA, and Cream Ale.
Is their a house yeast strain?
Yes, 1056.

What breweries are you inspired/influenced by?
I have to say I am inspired by the breweries who started on their stove top, in their basement, or in a friend’s garage. It’s the stories from these breweries that save the day sometimes. You gotta tell yourself that there’s other people out there that went through this too…a lot if them. In particular, our friends over at Upright have been a huge help to us and an inspiration, no doubt. 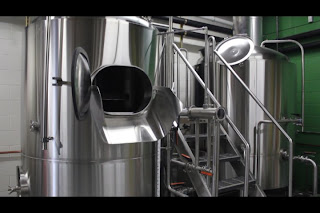 What is the long term vision for the brewery or where would you like to be with Coalition in 5 years?
We have a lot of ideas being thrown around about or next steps. The first thing that comes to mind that’s pretty solid is our distilling venture. We have some space for it and would love to serve some home made spirits in the pub.

What sort of Tasting Room/Brewpub will Coalition have?
The Brewpub sits across the street from the Brewery at the old Noble Rot location on 28th & Ankeny. It’s pretty small inside, but we are converting the driveway into a three tier patio that will offer some good outdoor space. The pub has been completely remodeled with the addition of a kitchen in back, so it’s looking very different.

What will be the food options?
I’ve gotta say it, meat muffins are my favorite thing on the menu so far. It’s basically meatloaf cooked in a muffin tin served with our stout gravy and a potato pancake. Lucas, our cook, introduced us to these and I now have an addiction. We have a variety of creative panini, salads, and savory pies. There are lots of things to choose from and a good variety. We made the conscious decision not to have a fryer, so no burgers and fries, however we have an awesome sloppy joe and some corn fritters served with an arugula pesto-yum!

Will it be family friendly?
Yes, until 8pm!

And lastly, the question everyone wants to know, when will you be opening? 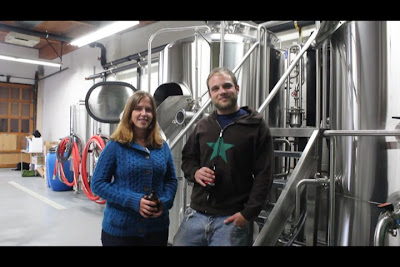