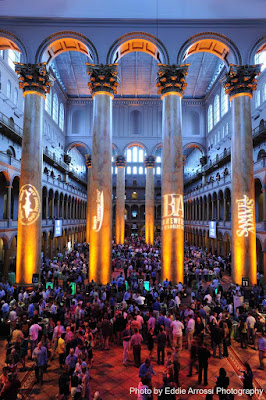 Beer dinners are a regular offering these days in Portland—from the recurring Beer Belly dinners hosted each month by the East Burn to the one-off events we’ve seen this year at Aquariva (who hosted an Upright dinner in February) and Wildwood (who teamed up with Pelican in May). Beer and food get center stage together this week at the national level as the Brewers Association hosts SAVOR, its annual gala de cuisine in Washington DC. Along with the GABF, Craft Brewers’ Conference, and World Beer Cup, SAVOR is one of the major events put on by the Brewers’ Association and is intended to showcase the delights of pairing food and beer. In addition to the tasting event, SAVOR also feature numerous ‘educational salons’ about beercraft, including ones hosted by folks from Full Sail, Deschutes, and Rogue. It is an event, like the Slow Food Salone del Gusto that is on my ‘to do’ list in the next few years. 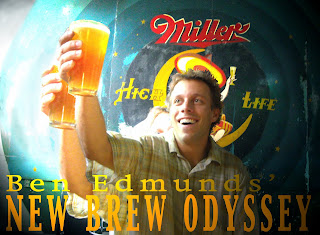 But in 2010, the event is sold out and far away. Fortunately, the folks at the BA have been kind enough to post the pairing menus online. We’ve been holding some pairing classes for Oregon Beer Odyssey lately, so it’s with that bent of mind that I take a stab at the SAVOR offerings. In these classes, we consider principles of pairing such as intensity, resonance, contrast, tradition, flavor creation, and cleansing.

How does the SAVOR menu hew or disregard these principles? I’ve selected some of the pairings and used my imagination and experience to (pre)evaluate them. Is it quackery to review a pairing without tasting it? Absolutely; it’s also a fun intellectual exercise. So take these thoughts with a grain of salt; try them out in your own home (I will!), and let me know if my imaginary palate is way off the mark. Reader beware: SAVOR’s choice of offerings is extensive, so I’ve limited my thoughts here to a few pre-arranged pairings with beers that are available to us in Cascadia.
Alaskan Smoked Porter with BBQ Pulled Pork Quesadilla with Chorizo and Sour Cream
This seems like a surefire win of a pairing. The smokiness of the pork should match and resonate well with the alder-smoke character of the beer, though I’d be interested to see if there is any ‘clash’ between the types of smoke. The roastiness in the beer will also function as a sort of palate cleanser to cut through all the oil and fat in the dish.

An intriguing pairing, the pilsner with buffalo chili seems to riff off the hallowed tradition of serving light, easy-drinking beer at a summer chili cook-off, the beer a mere source of respite from the intense heat of the chili. And while, pilsner is certainly up to the task of offering some relief from heat, I suspect that some of the subtleties of the beer will be lost. Indeed, this seems to me to be a classic mismatch of intensities—the food likely to drown out the more nuanced character of the beer. Will it be refreshing? Absolutely. A transcendent food/beer pairing? I don’t think so. In a recent beer and food class, one of my students pointed out that pairing pilsner with a light cheese really highlighted aspects of the beer he hadn’t tasted before; I’m skeptical that a big, buffalo chili can do the same. Elsewhere in SAVOR, Rogue’s Chocolate Stout is also being paired with the same buffalo chili, a match that I think it more likely to work.

Here’s another pairing likely to make tasters swoon through its smart use of resonant flavors. Caribbean-rim foods, whether they be Cajun, Jamaican, east Mexican, or Cuban, all feature a nice dose of piquancy, and the yeast-driven pepperiness of a saison like Hennepin makes for a near-perfect complement to the layered and complex use of peppers in the dishes. Garrett Oliver writes glowingly of saison in The Brewmaster’s Table as the most versatile of ‘food beers,’ and its ability to tackle ‘problem’ foods with lots of spice is especially noteworthy.

Oakshire is the only ‘smaller’ Oregon brewery to head out for SAVOR, and this hors d’oeuvre pairing is one of the most curious on the entire SAVOR list. I can see some nice contrasting interactions between the stout and the fig—the fruit adding some darker layers of complexity to the beer, but the clash between coffee and brie seems potentially ruinous. Or, like some pairings that work through ‘contrast,’ this might be a newly-discovered treasure. Truth be told, this is a pairing that defies my imaginative capacity, so it is one that I must try myself. 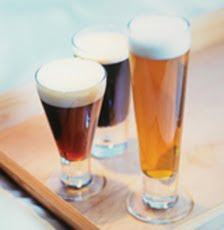 I cannot, for the life of me, see this pairing working. What are the folks going for exactly? Is the key lime flavor meant to play in to the beer? American hefeweizen and chocolate? The intensities are off; the beer will be overwhelmed. A more logical truffle and beer pairing can be found elsewhere on SAVOR’s menu: Deschutes Abyss with salted dark chocolate caramel truffles.

Like the Alaskan/quesadilla pairing, this is another easy-to-understand winner of a pairing. The light roastiness in Session Black will complement the vegetables (be they roasted, grilled, or sautéed), and the dark chile flavor of chipotle will add a nice hint of additional flavor to the marriage. While I really love bocks, marzens, and American browns for richer, spicier Mexican foods, it’s hard to beat a good porter or schwarz when trying to match the country’s simple, grilled street foods. (An unskunked Corona works pretty well too!)

This is a contrasting pairing that should work very well. Many beer/food writers will cite stout (especially imperial stout) and aged cheese (especially gouda) as a classic pairing, so it’s not hard to imagine a slightly less aggressive stout working well with a mac and cheese made with aged Vermont cheddar. The contrast between salty and roasty, oily and bitter will help highlight the sweetness of the cheese and some of the umami flavors in the beer. In recent OBO classes, we’ve been pairing Cascadian dark ales with some hard, aged cheeses like Ewephoria, Murcia Curada, and Goat Gouda; every time, these ‘dark and hard’ pairings emerge as one of the evening’s favorites. This dish uses the same concept, warmed up.

Some other pairings on the SAVOR menu that should work beautifully:

Lack of ticket to SAVOR notwithstanding, I’m comforted by the fact that food and beer pairing is getting such a prominent showing at the national level (and off the West Coast!), and by the knowledge that I can head to my own kitchen and try out some of these pairings myself. In fact, I’m starting to get hungry. Enough guesswork about what will pair well and on to the practice!