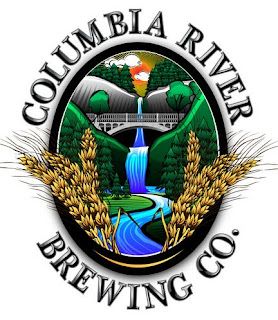 A little over a month ago The New School broke the news that Laurelwood Brewing Company was closing it’s Pizza Company location on NE 40th and that the location was being taken over by a brand new brewery, Columbia River Brewing Company. No other information was available at the time.
Since then I have been trying to track down information on this elusive new brewery, and I finally succeded just as Columbia River Brewing has opened its doors for business with absolutely no buzz and seemingly not telling a soul. 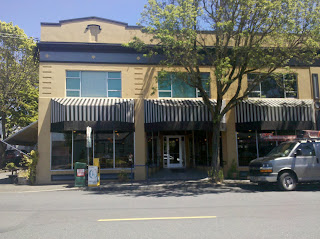 First off, before we get into the interview, let’s clear up some inaccurate rumors about the new establishment. It has been reported that the brewery was bought by Sun River Brewing from Utah. That is inaccurate and, as far as we can tell, there is no entity called Sun River Brewing.
However, owner/brewer Rick Burkhardt of Columbia River Brewing came to Portland from Utah. Talking with Rick, I learned that he lived in England for a time, which is where he learned to brew. He has most recently moved around the country a bit as a Regional Manager of sorts for Sears department stores.
It was also reported that Columbia River would continue on serving pizza as Laurelwood did. That is also inaccurate. They currently have a menu of typical pub food like burgers, nachos, fish & chips and steak. But that menu is temporary, and they plan to mix it up quite a bit, adding more seafood and even sushi. 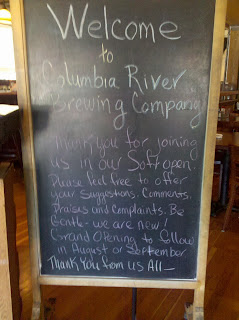 My first impressions upon walking into the new Columbia River pub was a bit odd. The place looked exactly the same, but much emptier. The dessert case was empty, art was no longer on the walls, and there were no signs and few people. This was in the odd hour between lunch and dinner, though, so that might account for the lack of people. I have to assume that the fact that there was absolutely no notice about this place opening also contributes to that. 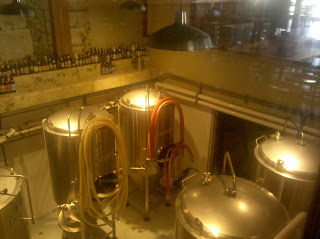 The brewery seems to be in exactly the same state and looked good, with the old bottles still lined the walls. The kids play area is still there.
I cozied up to the bar and found a beer list that had not changed either, still listing all of Laurelwood’s beers. Not a bad thing to have on tap before they get their own beer flowing. Speaking of which, Columbia River plans to be pouring its own beer by the end of August. The brew system is ready to go now, but they have to wait on their TTB permits to come through. Perfectly understandable, since they turned the space over in only 4 days. 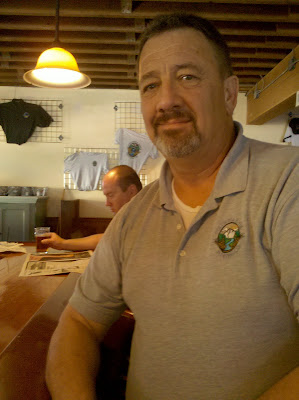 Owner Rick Burkhardt was kind enough to come out and talk to me with no notice, and was very friendly. I could definitely tell this was a life-long dream for him.
Before we begin the interview, I would like to note the written part below was conducted later via email:
Q: How did Columbia River Brewing come about?
My dream of brewing came about over 30 years ago in the early 70s from a vacation my wife and I took to England. While there I had an opportunity to brew with a brewmaster during part of my vacation. I was hooked on the process, and from my very first sip of the beer there, so much so that I wanted to move there and own a Free House. Columbia River Brewing Company was born when Laurelwood decide to sell their Pizza Company location. We took over this location on July 6th, completely changed the kitchen equipment, added 26 new to us but very experienced associates, completely changed the menu, had shirts and hats printed with our logo on them, and were opened on July 9th. In just 2 1/2 days.
Q: What is your experience in business and brewing?
My only experience is as a 30 year home brewer. I have not brewed commercially.
Q: Is it at all daunting to be taking over such a well established and loved brewpub as this?
No, it’s just the opposite, it’s very exciting. The location is awesome ! I am back in Portland and loving every minute of it.
Q: How do you plan to stand out/fit in in a market as packed and diverse as Portland?
By brewing my beer, offering good food, providing great customer service and listening to my customers’ needs and feedback. There are great breweries all over Portland, and every brewer has their own personal touch to each beer they brew. That is what it’s all about. It’s Hand Crafted, and that’s why every IPA or any other brew is different in its own great way.
Q: What would you say to regulars of Laurelwood that are skeptical about Columbia River Brewing?
I believe the locals in this market will be very much open to us, and give us a fair chance to prove ourselves. We are the new kid on the block, and we need the support of our local customers. We opened yesterday and had a packed house. I met and talked to a large number of our customers on their first visit to us, and they were as excited as I and the Columbia River Brewing Co. Staff are. The soft opening day support blew us away, we were all touched by the comments and welcomes we received. Truly awesome!
Q: What kind of beers will you be making at Columbia River?
Once we have have our TTB in hand, we will have a line up starting with IPAs , Pales, Wheat, Raspberry Wheat, Belgian styles, Amber, Brown, Porter, Stout, and Seasonal. Makes me thirsty just talking about it. Can’t wait to get started!!
Q: What yeast strain will you be using?
Well, it will be the one I believe best meets the taste and style of my beer.
Q: What kind of food will you be serving at the brewpub?
We will have the typical brewpub fare, with Chef specials from local fish mongers, Both of our Chef’s have great ideas and want to surprise our customers with their talents. We will even have sushi. We use fresh potatoes to make our fries, these guys make their own sauces, they even hand make the burgers each day.
Q: Any plans for distribution?
Of course.