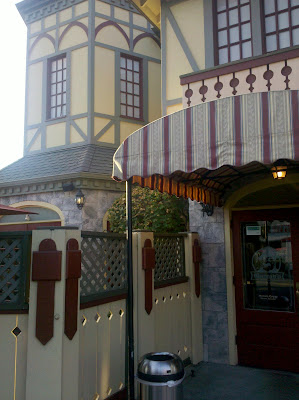 (Introducing the first column by new contributor Lauren aka LalePrincey aka The Beer Princess who will be covering mostly beer culture and brings the first female perspective to this site. You may recognize her from such well known blog postings as girl who won the Craft Dash 5k or girl who convinced me to quit being sober. Please treat her with the the same lack of respect as you do me. -Samurai Artist)

Being verifiably ¨uber-Deutsch myself, I had both a twinge of skepticism and anticipation walking into Gustav’s Pub & Grill/The Rheinlander German Restaurant; Portland’s certifiably most German of German restaurant offerings. Skepticism due to the over-the-top kitsch (read: tacky-factor) that often comes with German themes… Think Bavarian-esque towns like Helen, Georgia and Leavenworth, Washington. Anticipation because I largely credit my Germanic heritage with rooting my drinking acumen. (Yes, it’s true: German beers are the beers of my childhood… But I digress and that is a post for another day.) In short, Gustav’s lived up to the anticipation and obliterated my doubts. 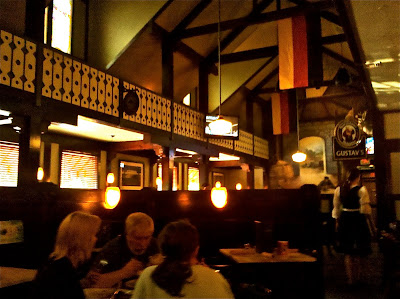 Considering that Rhienlander Restaurant has been around since 1962, and as such was among the first, if not the first, to import authentic German beers to the mainland, it’s safe to say that they’ve been in the business of craft beer longer than most of us have been walking this planet. Nearly 30 years longer in fact than the advent of Oregon’s craft brewing industry. For this alone, Gustav’s deserves serious beer-geek street credibility and a notch on your list of regular drinking establishments. (As LeVar Burton intones in Reading Rainbow, “but you don’t have to take my word for it…” For a second opinion check out Ben Edmund’s post, Portland’s Best Underhyped Beer Spots.) 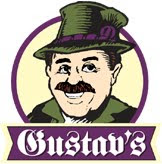 With fünf locations, Gustav’s spreads German cheer throughout the greater Portland, Clackamas, Tigard, Vancouver areas. They even bring a hearty tap selection to the wayward and thirsty travelers at PDX Airport. The flagship location at 5035 NE Sandy Boulevard, a combination pub and seriously German restaurant (complete with lederhosen, singing servers, and a jolly accordion player), touts 18 taps featuring the best of the motherland’s traditional German beers. Each of the other four locations has a devastating selection of 22 beers to choose from. Nowhere else can you get this much reinheitsgebot in one sitting! 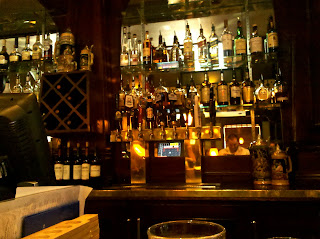 Still not convinced? Well let me spread further merriment with tales of Happy Hour and delicious family-favorite comfort foods. The Happy Hour menu (running 3-6pm & 9-close daily) offers a dazzling array of well-priced but hearty options. Honestly, this is one of the best kept secrets in Portland’s Happy Hour scene. Out of 19 dishes, only three ring in at the $4.99 threshold (Shepard’s Pie, Cod Fish & Chips, Swiss Cheese Fondue), with most averaging between $1.99-3.49. Even better, they don’t skimp on the portions. 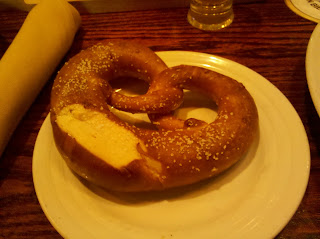 For sampling efficiency, I ordered the Vorspeisen Appetizer Taster off the regular menu, a Bavarian pretzel with assorted housemade mustards, and the Käsespätzle (a childhood and family favorite). The Taster included fondue that was ooey-gooey good with palpable alcohol flavoring, alas from wine not beer. Bier sausage that went well beyond mere satisfaction. The Crab-Shrimp cakes tasted fresh, were more than sizably-adequate* and well-paired with a sweet tomato relish. The schnitzel strips? Pure joy made with moist chicken singing through crispy, fried golden batter. Not to be outdone, I have to recommend the potato pancake: salty, crisp and not too heavy. Rounding out the “odd-ball category,” the taster included a perplexing ginger-soy dipping sauce. Preferring not to read too much into this incongruity, I simply enjoyed the sauce.

Most exciting of all, I was exceptionally pleased with the pretzel and käsespätzle. I have beyond high standards for these two dishes as they both figure prominently into my Waldenburg, Deutschland memories and family comfort food. Seriously: pretzels every morning fresh and warm from the village baker were the staple. So good, so intoxicating and so un-mimicable that my mother packed carry-on bags full of ‘em, destined for our stateside freezer. And spaetlze, those delectable diminutive egg-noodles? Taught by my Tante Helena, I began churning those babies out by hand as a wee-munchkin when left to my own devices in the kitchen. 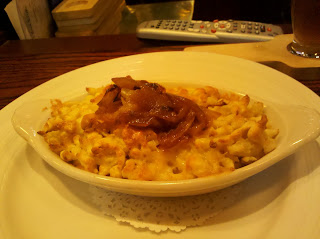 Gustav’s did not disappoint with either. The pretzel has just the right taste and made me wonder if, like the beer, the wheat too is imported. (Beware: the housemade mustards, while delicious, are strong. Think wasabi-like heat, perfectly sinus-clearing.) Those little spaetzle noodles were damn-near-perfect. A little oily but dig-in, get cheesy with it, and enjoy the sweet caramelized onions on top: this is comfort food at its best. Coronaries aside, no wonder Germans love their comfort-inspired suspenders… 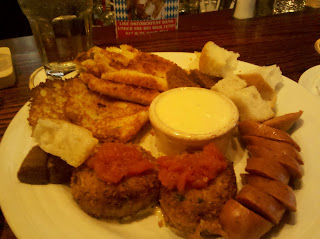 What else can I say? This place seems to be well run, is guaranteed to expand your beer horizons, promises a consistent experience, and makes you immediately feel welcome, relaxed and a part of it all. (My lovely host, Hannah, regularly referenced the long-standing employee loyalty and the warmth shared between customers and staff alike.) If you don’t already know German beers, Gustav’s strives to help you along and broaden you palate by providing a diverse selection that caters to all tastes (even to the gluten-free crowd) & bucks the NW trend of hop-heavy beers. Their rotating taps and specially-selected features (such as the Reissdorf Kolsch, a sumptuous summer-complementing beer) prove that this is a bar worthy of your patronage. 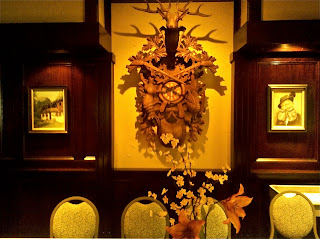 In summary: Gustav’s features the best of Germany. None of the harsh, biting clip; no guttural intonances. Just damn good beer, efficiently delivered, but with homey, welcoming service. Which brings me to what is perhaps the best part of the whole gig: this place operates like a family, and from hoisting mugs of pints to a jolly echo of “Prosit!” to lederhosen hostesses chirping “Willkommen,” you’re immediately a part of it all.
*Damn, wish I got to use that phrase more often 😉 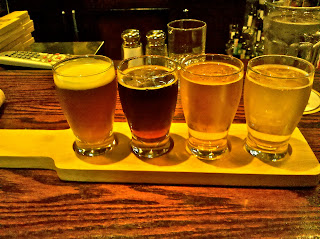 Love a good cause? Love beer-n-brats? Gustav’s invites you to join them for Oktoberfest, coming up in late September. The event will take over the sizable parking lot and feature a band flown in from Germany. It’s sessionable Halfbrau, pretzels, 500 of your best-new-friends and the waning days of summer at their best. There’s even a bike-themed event thrown together by the employees; “Follow That Durndel!” shows off bicycling servers circling the neighborhood to recruit attendees… Benefiting the Northwest Down Syndrome Association. 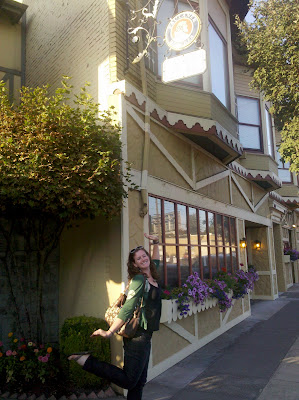