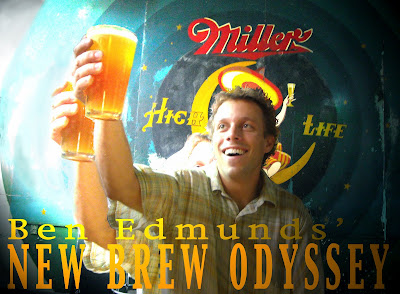 We’re fewer than 24 hours away from the start of this year’s Great American Beer Festival, which has already set records for the number of participating breweries and beers in competition. With us Northwesterners eagerly waiting to hear how our Cascadian Dark Ales place in the India black ale category, this year’s medals will prove a point of pride, feedback, and discussion in a way that no other industry award does. 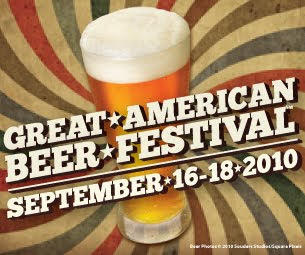 I’ve spent the last few days in Colorado, having tacked on a little personal time before heading to do ‘field work’ at the GABF. Before moving to Portland, I spent four years living in Colorado’s High Country. During that time, I made it a point to travel to most of the state’s breweries and brewpubs, so now, on my first visit back since 2008, I’ve been visiting old favorites while also checking out the newcomers on the Colorado beer scene. Here’s a report from the road of my first three days back in the Centennial State.

I landed in Denver on Monday, just before noon, so my timing was perfectly matched to a lunch at Denver’s Falling Rock Tap House. Falling Rock is a Denver institution—easily the best beer bar between the Mississippi River and the West Coast—that is the center of much GABF-related hubbub during the festival. The vibe is distinct from that of any of the Portland beer bars—not as English as the Horse Brass, as friendly as Saraveza, or as intimate as The Hop and Vine, and their 50 tap selection offers an impressive variety of beers unavailable to those of us on the Left Coast. Notably, they carry a number of beers from local Denver favorite, the Bull and Bush; many taps from Port and Lost Abbey, and the awesome lineup from Odell Brewing. Though I arrived too early for their Unofficial GABF Kickoff Party slated for Monday evening, I had the chance to sample Odell’s Saboteur on draft. Saboteur is a wonderful imperial brown ale with Brettanomyces. The beer shows a lot of funkiness one would expect from the bruxellensis strain, while maintaining some nice dark fruit notes from the malt.

Heading west up into the mountains and minding the fact that I was driving to 10,000 feet above sea level, I stopped for a quick visit with Jeff Griffith, the head brewer at Golden City Brewery. Jokingly labeled “Golden’s 2nd Largest Brewery,” Golden City is a 10 bbl brewery that features a bucolic beer garden with views onto the Foothills. The famously warm weather of the Front Range means that this beer garden can be used year-round, and I’ve quaffed many an enjoyable pint outside in January at GBC. Jeff shared tastes of two exciting beers that he’s entered into this year’s GABF. His Cuvee #1 is a bourbon-barrel aged stout that has a milkshake-heavy body to match some strong boozy and oaky flavors. He also opened a bottle of his gose. Jeff and I spoke about how he started to brew the style, and he explained that he started making a version of it about five years ago after reading about historical gose. Enthused that Portlanders are embracing the style too, he advocates for the use of a traditional sour mash that brings the wort pH down between 3.7 and 4.0. His final product, with an even stronger acidic character, is noticeably tart and sour, medium bodied, and uses Indian coriander. He sent me on my way west into the Mountains with a bomber of his exceptionally tasty Stand Up Double IPA to share with friends. 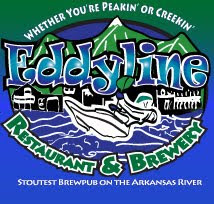 After an evening of sharing beer and catching up with old friends in my former home of Leadville, I headed south to Buena Vista (aka “BV”) to check out Eddyline Brewery and Restaurant. The Arkansas River Valley has had a touch-and-go history with brewpubs: Leadville has seen two breweries open and close in the past decade; Buena Vista (pronounced by the locals as Be-yoo-na Viss-ta) had never had one. Only Amica’s in more populous Salida, CO has survived. Eddyline is a welcome addition to the area, and they—like many of the state’s brewpubs—capitalize on their location. The brewery is about one hundred feet away from the Arkansas River and is surrounded by beautiful pinon-juniper woodlands. Their beer consists of the classic brewpub lineup ranging from light to dark, hoppy to hopless. The standout beers included the Elephant Rock Amber and Southmain Stout. The former, labeled a Vienna lager, on the menu uses far too much chocolate malt for the style but is a wonderful beer nonetheless. The latter hits the dry stout style spot on. With a couple of excellent beers plus great location and quality food, I expect that Eddyline will become a successful fixture in the Valley. 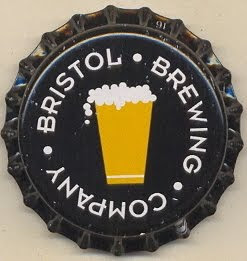 Leaving BV, I turned east to head back to the Front Range where I was scheduled to meet friends and brewers before the festival. My destination was Colorado Springs, a city known more as a military and Evangelical hotbed than as a home to good beer. While, the Springs plays third fiddle to the bigger beer cities of the Front Range (Boulder, Denver, Fort Collins), I found that there are some excellent brews to be had in the area.

A quick visit to Bristol Brewing afforded me the chance to taste some of their new releases, including two beers in their Belgians-only brand, Black Fox. Bristol is the city’s most visible and beloved craft brewer, and taps of their Laughing Lab Scottish Ale are ubiquitous around town. The Bristol Tap Room is the front of house to what is mainly a production brewery; despite or, perhaps, due to the industrial feel and noise from the bottling line, the tap room sees much of its business in growler sales. Both on this visit, and in the past, there was a long line of locals waiting to fill ‘jugs’ at the end of the workday. The Black Fox Ete (a summer saison) and Wit both left something to be desired; it seemed that the yeast had run amok in producing some unpleasant higher alcohols and a slightly fatty finish. However, they had a very crisp seasonal pilsner (Yellow Kite) available and their excellent Octoberfest beer to boot. 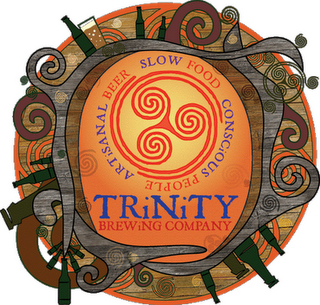 I met up with a few friends, and we headed to easily the highlight brewery of the first days of my trip. Trinity Brewing Co. opened in a strip mall on the city’s Westside about two years ago. When I last visited the Springs, they were pouring only guest taps; now they keep six house beers on tap and bottles many special releases. Trinity’s brewhouse is a sight to behold: smaller than almost any brewery in Portland, they combine all of their ‘hotside’ tanks into one vessel. The rest of the brewhouse—which looks to be about 7’ x 30’ total—is filled with four Grundy tanks. The size of their system belies the quality of their brews: they offered a twist on a best bitter as their house standard (Soul) and a very floral and hoppy IPA (Flo) that are both easy to drink and boldly flavored. The real treat, though, was a chance to try TPS Report, their beer that took gold at last year’s GABF in the experimental beer category. TPS Report is a gueuze-like brew that uses orange zest and Brettanomyces. The aroma shows some of the cheesy, old-hop funkiness present in young lambic, while the flavor has strong notes of mushrooms, leather, and pineapple. It’s a very complex brew, and I wish that we had come earlier in the day so that I might have spoken to the brewers about it more. As it was, we were lucky to enjoy it!

One more visit to a new brewpub rounded out the first days of my trip: Colorado Mountain Brewery. Open only six weeks, Colorado Mountain Brewery is an absurdly large restaurant in the mold of CB Potts or Raccoon Lodge. I spoke with brewer Andy Bradley, formerly of Phantom Canyon Brewing, about the new brewery and restaurant. He explained that it was the project of a group of Air Force Academy alums, who wanted to establish a watering hole for Academy and new housing developments on the north side of the city. Andy’s beers were all clean, and his hefeweizen and IPA were especially well balanced. That, matched with well-priced food and a monopoly on business in that part of the city, have lead to sellout nights: Andy said that he poured through over 4.5 bbl in a single evening in the pub, and that weekend waits are routinely 90 minutes.

Tomorrow, I head north to Denver for the festival and a weekend of more brewery visits, including standbys like Great Divide, Avery, and Dry Dock as well as upstarts such as Strange Brewing, Equinox, and Funkwerks. In addition to the chance to taste great beers, see friends from across the country, and celebrate great beer, I will be doing some ‘work’ to feel out new trends and bring them back in word and beverage to Portland. A tough week of business and pleasure, right? Or, just another reason to toast the wonder of the phenomenon that is craft beer.