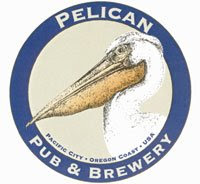 The popular Pelican Pub & Brewery, winner of numerous national and international awards, will expand its bottled lineup in the coming months with a variety of favorite brews that have never been bottled, as well as some that have not been made in years. Surely the most anticipated will be the Elemental fresh hop beer that just received label approval and will be bottled in a few weeks time. Elemental is always among the most popular fresh hop beers each season, and is one of the first kegs to blow at the fresh hop festivals, making it the beer you better get in line for immediately. 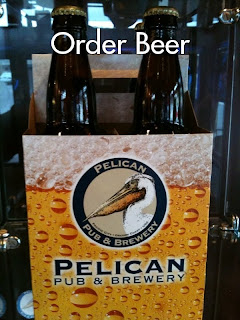 Brewed only once a year at peak hop season, this beer is made with 400 pounds of freshly picked, “wet” Sterling hops from Goschie Farms in Silverton, OR. The hops were only 3 hours from the vine when they went into the kettle. The mash tun was also used as a hop back, holding 300 pounds of hops!!! This beer features a huge floral, spicy, grassy aroma with a firm malt background and a huge, snappy hop finish.

In addition to the Elemental, Pelican also plans to start bottling two Imperial-style ales in the nera future. The Double IPA will be bottled in limited runs 2-3 times a year, while an Imperial Brown Ale called Full House will return. This beer was made only once a few years back in celebration of the brewery’s big GABF win. Those two are just waiting for label approval before being brewed, so look for more news on when to expect them soon.