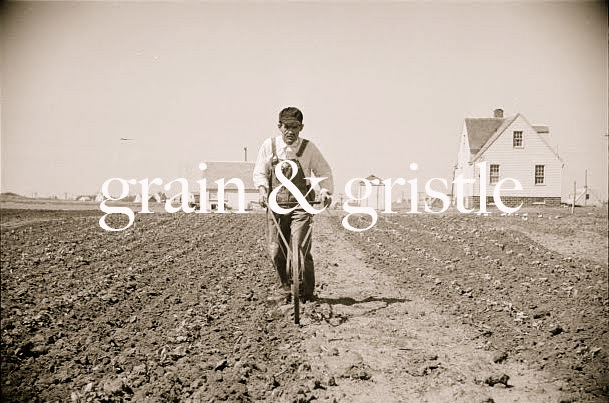 Grain & Gristle, the much anticipated beer bar and eatery from co-owners Alex Ganum of Upright Brewing, Ben Meyer of Ned Ludd, and Marcus Hoover of Roses Restaurant Supply, is set to open its doors this month. The new spot will take up residence next to neighborhood favorites Podnah’s Pit and Tiga on NE Prescott and 15th.

The New School got the first exclusive sneak peek at the new bar yesterday, as well as word of a soft opening date. But first, read our interview with Ben Meyer as a primer on the G & G.
Lots of pretty photos below… 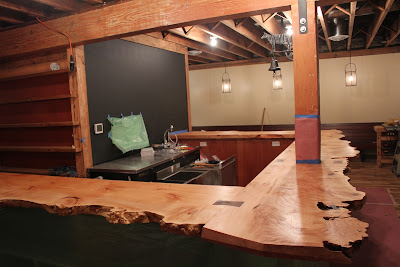 The centerpiece of the G & G, like any good neighborhood watering hole, is certainly the gorgeous U-shaped maplewood bar, built by Brendan Alvistur, known for his amazing work carving everything from Upright Brewing’s tap handles to tasting room benches. The bar top shines and highlights the grain of the single tree it was salvaged from. The edges are left mostly exposed, with the bark sanded down.

If the bar is the centerpiece of G & G, than the steel cowbell hanging from the center bar post must be the anchor. That piece really signifies the style of Grain & Gristle – farmhouse “rustic” with an atmosphere that evokes what an Amish public house would be like, if the Amish had beer…and electricity. Speaking of the electricity, the lighting manages to evoke just that farmer aesthetic, with a brightly lit warm glow from lantern style hanging fixtures. A red wood bench lines the east wall of the dining area. If you can’t tell from the photos, it is a very wood centric place with exposed old-growth beams and an oak floor. The owners are going for comfort and warmth here, they want this to be an every day spot for the locals, not just a destination spot for beer geeks and foodies, although I suspect they will attract plenty of that crowd, too. 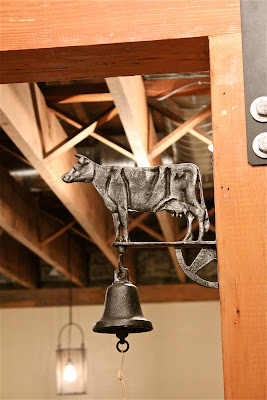 With just a wood-fired oven, Ben Meyer transformed MLK Boulevard’s Ned Ludd into a destination restaurant and helped to further Portland’s farm-to-table movement. All of the menu items there took on a fire-roasted and smoked quality that was wonderful but limiting. At Grain & Gristle he now has a full kitchen at his fingertips, with room to play and lots options. You can expect a menu heavy on pork, fresh vegetables, cheeses and, of course, charcuterie. He even has a fryer here. Sneak peek at the in-progress menu in a photo below.

Upright Brewing owner and Head Brewer Alex Ganum will be curating the tap list, which will consist of rotating 8 taps. Contrary to popular belief, the beer list will not be just an extension of Upright, but probably just pour one of their beers at a time. Knowing Ganum, I am expecting to see a lot of Belgian-inspired brews and balanced local session beers that are perfect for quaffing and pairing with Ben’s dishes. Not content to brew beer and curate a beer bar, Alex also is delving into making a special mineral water with its own dedicated faucet behind the bar.
Outside of beers, the bar will stock a small but key selection of wines and spirits. The cocktail list will be limited to classic cocktails with liquors made from local distilleries. There won’t be any Appletinis or Irish Car Bombs on the menu here.
Opening the bar will be a staff comprised of many familiar and experienced faces, like bar manager John Egan, also a co-owner of leading line cleaning company, The Draft Doctor. Friend of the New School Meghan Letters, recently of Coalition Brewing, and Annalou Vincent from the Upright tasting room and Cheese Bar, will be on staff, as well as others from New Seasons bakery and The Hop & Vine.
Speaking of opening, when will Grain & Gristle open its doors to the public? Stop by Monday and you might be in for a treat… 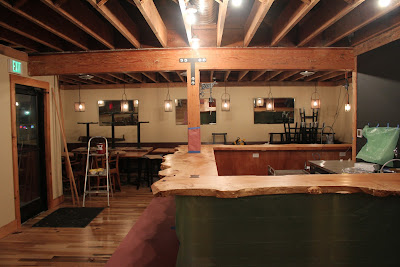