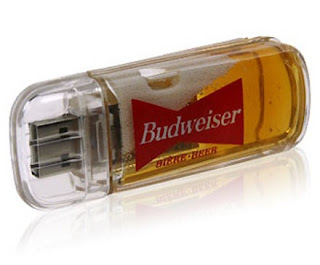 If your anything like myself (and most likely you are), then you have procrastinated on your holiday shopping and probably spend as much on yourself when you do actually go shopping. Also, you might just be geeky enough to like some handy beer-themed gadgets, tools, body products, and/or jewelery. I have assembled a list (complete with snarky comments) of the best items for the beer geek in your life.
Luckily, the Budweiser USB storage device pictured above is fictional, but below you will find some useful and some admittedly gimmicky devices below…
I have ordered the following based on their cost from cheapest to spendiest: 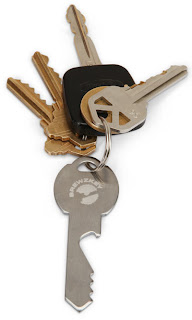 Useful in case of beer emergencies, this beer bottle opener key is better than the bottle opener I currently carry around because it’s small, fits right in with other keys, is super thin, and made of stainless steel. But most importantly, it won’t get confiscated when you’re frisked by TSA agents as you fly out for the holidays.
$2.99 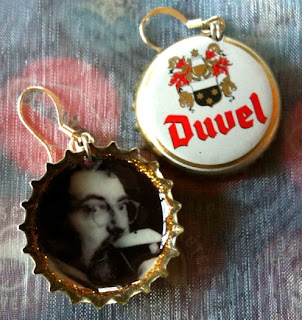 Beer Cap Earrings
From Saraveza bartender Erika Huston come these super neat earrings made from bottle caps, featuring such beloved beer personalities as the late Michael Jackson, Don Younger, and sports legend Vince Lombardi. If you don’t want an old dead guy hanging from your ear, there is also an “I Love Beer” version as well. Available only at Saraveza 1004 N. Killingsworth. 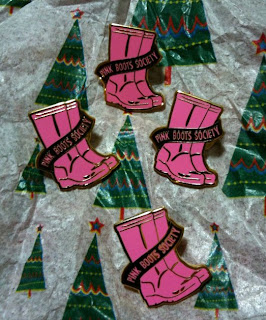 Pink Boots Society Pins These cute pink brewers boot pins go to advance the non-profit Pink Boots Society, devoted to promoting women brewers and women in the craft beer industry. God knows we need more of those. Again, these are available only at Saraveza, 1004 N. Killingsworth. 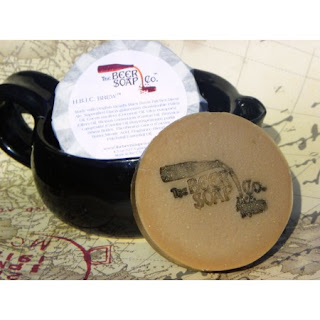 From The Beer Soap Company comes this totally unauthorized soap made from Dogfish Head’s neo-Imperial Stout Bitches Brew. I am told it has notes of “rich smooth honey and dark patchouli”. I don’t know about all that but at least you know your soap will have you smelling like patchouli from the moment you wake up, and you can do that without lining Sam Calagione’s pockets.
$6.50 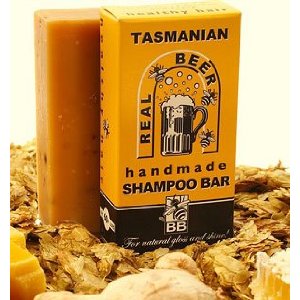 Tasmanian Beer Shampoo
I don’t wash my hair, but that doesn’t mean you should not. Apparently beer is good for your hair. It’s a proven fact, so far as I am told. It makes your mane bouncy, fluffy, and full of life. That makes this shampoo bar from Tasmanian Dark Isle Brewery – laced with hops and oats with a slight ginger and spice to it – a nice gift for your unbathed beer geek boyfriend or girlfriend. Also, hops are antiseptic and will kill the lice you’re inevitably infected with. On second thought, you should just buy this for yourself and do us all a favor.
$9.85 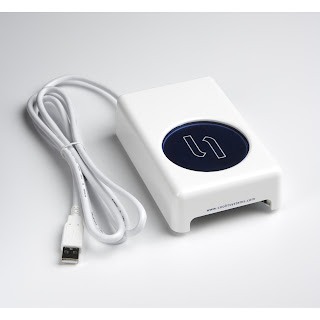 Now this is a product I can personally endorse, as I have owned one for years. It is pretty sweet, as you simply plug it into your computer via USB and the plate gets icy cold and is a perfect size for your pint glass. You may be thinking, ‘I don’t want my beer icy cold’. Don’t worry, this thing is not that powerful. It won’t make your pint any frostier, but will slow down the warming process faster than your girlfriend’s chilly hands.
$11.95 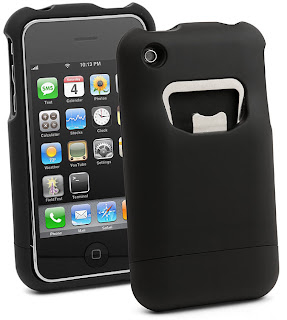 iBottle Opener
If you’re reading this site there is probably a really good chance you have an iPhone, and for that I am jealous of you, if only for this sweet iPhone bottle opener. It doubles as both a hard shell protection case and a badass bottle opener.

Now I am going to go back to using my far superior open-platform Android phone with its free apps, slide out keyboard, and astronomically better service carrier, and feel better about myself. 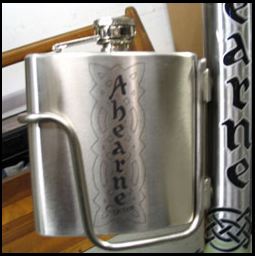 Spaceman Bike Flask Holder
You knew it was bound to happen – a flask carrying case to be mounted on your hipster boyfriend’s fixie bicycle so he can easily reach it while freezing his ass off in the naked bike ride. The whiskey therein does a good job of warding off the cold, but does nothing to help your icy relationship. Win some, lose some.
$30 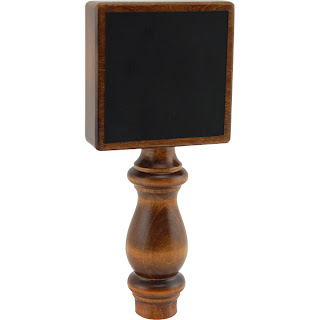 Chalkboard Tap Handle
This fancy wooden tap handle has a chalkboard on it, and that is pretty cool. A great gift for your homebrewing, custom-kegarator-slinging buddy to write in whatever sub-par homebrew he has on tap in his dingy basement. Or, for that beer bar down the street that never has the proper tap handle and is constantly pouring you a Stout when you ask for an IPA.
$39.95 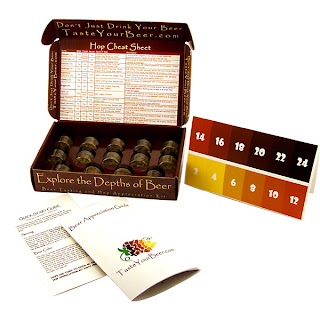 Beer Tasting and Hop Appreciation Kit
We all know that beer geek/homebrewer who thinks he knows everything. Well, prove him wrong by making him correctly smell and identify every one of the varieties included in this kit and their flavor descriptors, alpha acid’s and genus.
$39.95 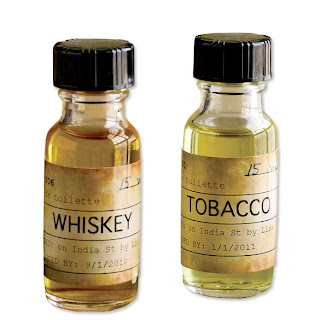 Some people would think it a negative to smell like Whiskey and Tobacco at all times, but those people are fools.
The men of the 1920’s and 30’s had it right. Take your cues from Don Draper and rub these essences on your body before you go into the office each day. Soon enough you will have a hot blonde with mental health issues after the aromas “evoke rambling memories from the past”, attracting her from afar, at least according to the description.
$79.00