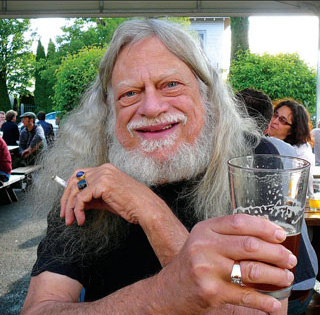 As news broke on the Internets yesterday that the great Publican and Horse Brass owner Don Younger had passed, I felt sickened, especially after learning that he had in fact not and was being treated comfortably (but on life support) in the hospital. True, the outlook is grim, but let’s not be printing an obituary for the immortal so soon. [Update: It’s being reported that Don passed at 1230am this morning. The exact minute that I hit publish on this post.]
I am sure other publications both print and online will soon be posting retrospectives, but I find them untimely and distasteful for a man who is still alive and kicking in a hospital bed and who, out of all of us, is the most likely to pull through this mess and afterwards light a pipe, spit in your face for suggesting otherwise, remind you that his pub is still #1, and demand another pint of Rogue’s Younger’s Special Bitter.
I will not claim to know Don Younger all that well, but he has influenced my life irreversibly. When I joined other friends and industry alike at the Horse Brass Sunday night in a vigil for the man, I had a hard time even cracking a smile or laughing at a joke. I will leave his history to those older and more experienced than I, but I would like to share my Don Younger story, as any who has spent any time with the man surely have one. I would also like you to all share yours here in the hope that the positive vibes make it to ‘the last smoker’, who would surely join us for another. 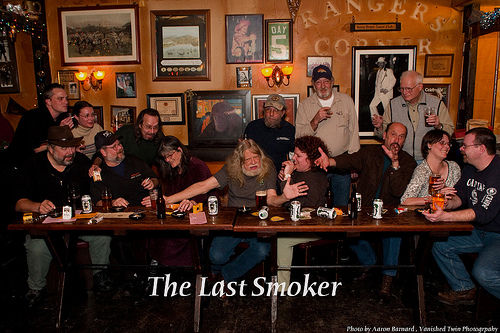 One day when I was just a humble and novice homebrewer and had but an amateur’s ambition to become something greater, I wandered into the Horse Brass on a weekday afternoon for a pint and a sandwich. At the time I was between jobs, did not have any industry experience, and did not know a soul in town, having recently moved back from San Francisco, where I had lived since before my 21st birthday. Don’t get me wrong, I still knew a good deal about beer, but mostly from reading books and following online forums. I knew who Don Younger was but had never seen, let alone met, the man. So as I sat down at a nearly empty Horse Brass bar around noon I was expecting nothing but my own company. I had my headphones on and my iPod blaring and was expecting a lunch to myself in an otherwise nearly empty bar. No sooner did I lay my book down than did I notice the man, the Don himself, sitting on the opposite end of the bar from me. He was unmistakable with his long gray curly hair and weathered but jovial features. Perhaps noticing me noticing him, he almost immediately got up from his usual spot and calmly walked around the bar and took a seat in the empty barstool next to me. Now there was no one else around sitting anywhere near us, so with my headphones blaring in my ear I slowly pulled them out, expecting to hear Don demanding to know why a newbie such as myself was in his bar listening to some newfangled pop music instead of smoking a pipe and conversing with the regulars. I was clearly out of place and had no business being there, I thought to myself. As I took my earbuds out Don greeted me and asked what I was doing there. As I struggled to come up with a good answer, I stuttered out that I was simply there for lunch. Don responded with something akin to, ‘You’re not here for food, you’re here for beer’. At the time I was an aspiring professional brewer and dreamed of starting my own place or at least working in the industry, and Don instinctively knew this. To this day I almost question my recollection of the events that Don picked me out of the bar somehow knowing my blossoming passion for craft beer and that I had a dream to do something in the field. Sitting there talking with Don, he started immediately sharing stories of the Widmer brothers when they worked in the back of some Asian restaurant and homebrewed a German-style wheat beer that he recommended them to leave unfiltered. That may have been great advice, but was it better than the story he told about Dwayne owner of Stumptown Coffee Roasters, who had a dream but no cash, so Don wrote him a check on the spot? 30 or so minutes in, Don took a second to introduce himself, not as a pioneer of craft beer or as owner of Horse Brass, but simply as Don Younger, as he held out his hand I shook it and simply responded ‘yes, I know’ and he nodded knowingly ‘I thought so’ and proceeded to order us another round. I had plans that day, a job interview in fact, but what fool would turn down drinks with a legend? As I sat there sharing Imperial Pint after whisky, and another beer after that, I was regaled with stories that I wish I could remember all of, each more interesting and enlightening than the last. It was like I had climbed the highest mountain in Tibet and found the Kung-Fu master in Shangri-La. In the end I left the Horse Brass in the early evening stumbling drunk but learning one important lesson: if you believe in something, then put your money where your mouth is, risk it all, and the rewards, the money, and whatever else you need will come to you. If not, and it does not work out, then either it was not meant to be, or if you’re really passionate then rise and rise again. Here is to you Don, and I hope you do the same.

Smoke ’em if you got ’em and share your Don Younger story with us.