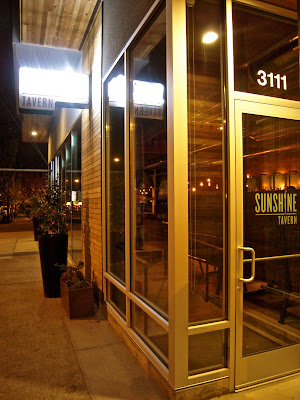 Sunshine Tavern opened up a couple of days ago in my hood at 3111 SE Division, Portland, OR. The bar and restaurant is apparently already much loved by the PDX press because of its parents: Jenn Louis and David Welch, a husband and wife team known for North Portland’s much acclaimed Lincoln restaurant. Sunshine Tavern has been billed as the couple’s down to earth neighborhood bar venture, as opposed to the more upscale and classy Lincoln. It is worth talking about here, both because it is in my neighborhood and the bar has a good craft beer list, as well as other handcrafted refreshments. 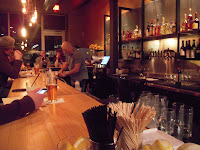 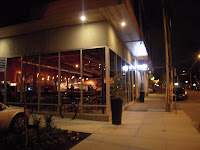 First, let me make it clear that this is by no means a review of Sunshine Tavern. I don’t believe in reviewing a place after only one visit, not even after two, let alone when my visit was on their opening day. Sunshine Tavern opened at 5pm on Tuesday, April 19th, and I probably came in during the 10pm hour. Luckily, as I had hoped it was not a madhouse any more, and while still busy, the waitstaff was calm and courteous. 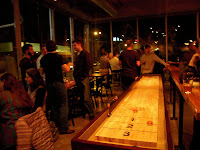 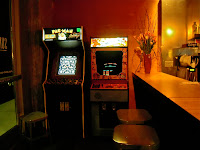 Sunshine Tavern is clearly set to be a good summer weather destination, judging by how the taplist is filled with light clean and crisp summer beers, and by the summery cocktails and soft serve ice cream available on the menu. In fact, Alison Jones over at Portland Monthly proclaimed it “…the neighborhood restaurant that will define Summer 2011 in Portland.” Bold words, but they are not unwarranted. Sunshine Tavern is in a great neighborhood with huge glass windows looking out to the street that afford great people watching. Also fitting in with the local bar atmosphere, they have shuffleboard and a few old school arcade games like Ms. Pacman that are permanently set to free play. That’s all good, but I could not help but feel that the overall vibe and clientele (at least on opening night) were not the kind to take much advantage of these diversions. In fact, the whole vibe was very much like the Whiskey Soda Lounge just up on the next corner, of cool, casual, yet slightly upscale ambiance that is more yuppy than grungy or lived-in. To me, it’s a little bit of a step up from just being a ‘local bar’, but by no means upscale, and you should feel fine wearing whatever you want. In the few hours I spent here I did not see anyone partaking in any of the bar games, either, though I could see that being a different story during happy hour on a bright hot summer afternoon. I actually could not help feeling like my timing could not have been worse; instead of thinking of it as a lounge, it may be better enjoyed as a happy hour and weekend spot. 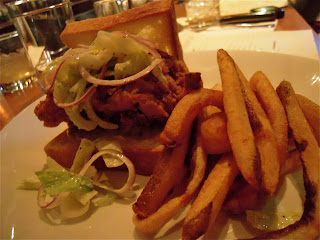 The menu is filled with down home grub with a more gastropub upscale twist on casual pub grub that is not unlike Grain & Gristle. I only had a chance to have the fried chicken sandwich with blue cheese dressing, celery, red onion, and chili mayonnaise. It was served on bread that was not substantial enough to hold it, but that was only because they ran out of the proper bun, which is totally understandable on an opening day. It was still great without it. The chicken was nice and crispy and salty on the outside and soft and juicy on the inside. The fries were also phenomenal. Just looking over the menu everything sounds great and I cannot wait to try the Monte Cristo with fried egg, powdered sugar, and marionberry preserves or the pork belly sandwich (a recent favorite of mine). They have pizzas, burgers, and more standard entrees, too. Perhaps what I most want to return for is the handmade soft serve ice cream from Fifty Licks. 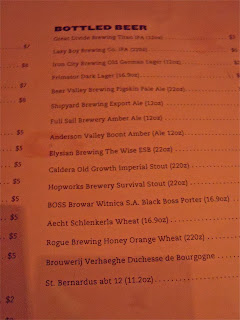 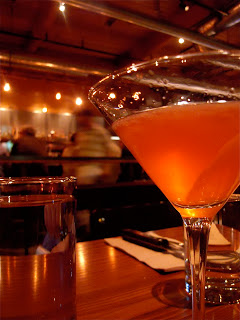 On the liquid side of the equation, they have 4 house cocktails, of which I tried the Jasmine, concocted from gin, campari, grand marnier, and lemon juice. It was a nice, citrusy, fruity drink with enough bittersweet and herbal qualities to balance the whole drink out. They also offer frozen margaritas and an array of housemade sodas with simple flavors like citrus and ginger. 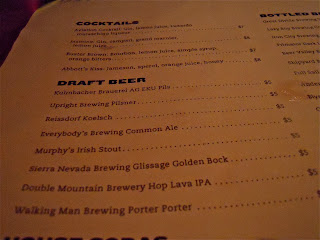 Of course everyone wants to know about the beer list. This is not a taphouse, but the beer list is a nice varied selection of 8 taps that I hear will rotate. Currently you can find classic German beers EKU Pils amd Reissdorf Kolsch alongside local standards like Upright Engelberg Pilsner, Everybody’s Brewing’s Common Ale, Double Mountain Hop Lava, and Walking Man’s Porter, as well as Murphy’s Irish Stout and Sierra Nevada Glissade. Not a single cheap or macro beer is to be found, and add the 22 beers deep bottle list to your options. Prices are not cheap, though, but nor are they unreasonable (all draft beer was equally priced at $5 a pint). 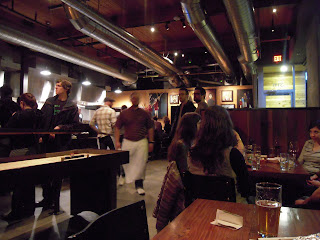 While I am not buying Sunshine Tavern as just your friendly laidback neighborhood tavern/pub, I am looking forward to another solid option for great beer and food in SE and some summer days drinking beer, eating soft serve, and playing Ms. Pacman.