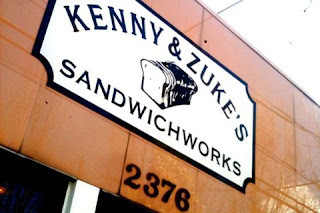 Saturday July 23rd is a busy day for beer geeks. I am split between three events. I will almost certainly do Kenny & Zuke’s Pickle Throwdown, but what I can make it to after that is completely up in the air. 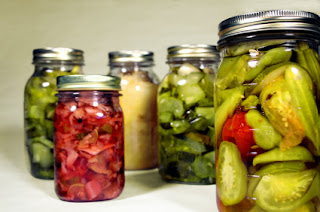 Pickled shit is fucking delicious just so you know.I like pickles, mustards, vinegars, and other acidic things a lot, which probably explains my love of sour beer. This street party event at K & Z’s Sandwichworks location is right up my alley, not only because they will have categories like: Classic Cucumber, Sweet Pickles, Not Involving a Cucumber, and Portland Weird, or that the event will also host an outstanding list of K&Z’s competitiors:

Or the fact that it is a benefit for the Oregon Food Bank and features Portland celebrity judges like Storm Large, or that it costs only $5 to get in. No, it is because not only do they have all that, but they will have lots of craft beer and barbecued meats to pair with delicious pickles.
Important: I NEVER, EVER eat pickles without my DELUXE pickle pincher. It’s just the civilized thing to do. Order one on Amazon here. 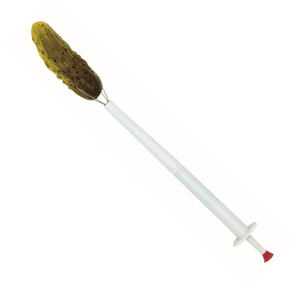 Note that this is a street party next to their Sandwichworks location in NW, not the main one downtown.
Saturday July 23rd 12-6pm
Kenny & Zuke’s Sandwichworks
2376 NW Thurman St.,
Portland 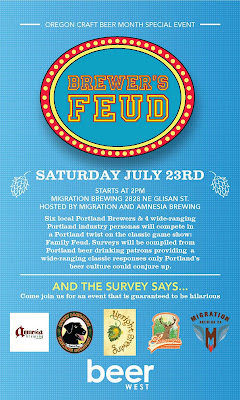 The Best Ultra Beer Geeky event on Saturday is certainly Migration Brewing’s Brewers Feud. Migration will be teaming up with Amnesia Brewing for the first edition of A Brewer’s Feud. Participants will include: Lucky Lab’s Ben Flerchinger as host, Migration Brewing, Upright Brewing, Amnesia Brewing, Gigantic Brewing, Saraveza, Apex/Horse Brass, The Oregonian, and Beer West. The last two contestants will be bystanders taken from the crowd to make up the 5 person teams going head to head on the Family Feud parody game show. There will also be raffles, with beer swag a plenty being given away throughout the event. Other than Beer West’s involvement, this seems like a guaranteed good time.
Migration Brewing 2pm
2828 NE Glisan
Portland, OR 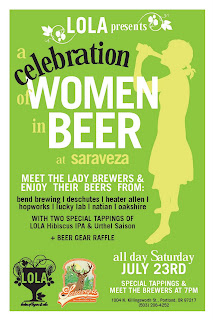 Also on Saturday is the LOLA (Ladies of Lagers and Ales) party at Saraveza featuring women brewed beer including one the group brewed at Coalition Brewing with Hibiscus.
The Beer List: