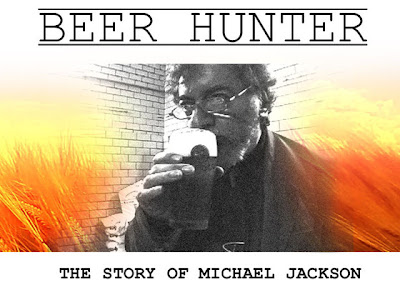 I usually feel pretty dubious about Kickstarter projects, but I feel compelled to highlight an important new project. It’s another beer documentary, focusing on the late great beer writer Michael Jackson. If you’re not familiar with the man, his television series,The Beer Hunter, and books did more to bring craft beer into the mainstream than perhaps anyone else.

This new project, simply titledBeer Hunter: The Movie, is from John Richards, one of the men who followed Michael around for years with a camera. The film aims to piece together old footage of him to tell the story of both the man and his beer adventures, and maybe will even start the Beer Hunter series anew using many hours of unused archival footage. It is important to resurrect these videos, both as vital pieces of history and to better understand the international world of craft beer and those who make it so great.

Here is a little bit more about the project from itsKickstarter page:

Based on the huge success of his books and magazine articles about beer, Michael wrote and starred in a six-part television series, called The Beer Hunter, which was released in 1989 by Channel 4 in the UK, and aired in the early 90’s on the Discovery Channel in the U.S. While the show became an instant classic and has since aired in over 30 different countries, Michael was never able to get another episode produced before he passed away suddenly in 2007. Now, with the help of the international craft beer community, we can produce another beer hunting adventure in his honor.
Beer Hunter: The Movie is our attempt to follow up the original Beer Hunter series with a rare library of more recent footage, showing Michael on – and “off” camera throughout the great beer cities, breweries, and pubs of Europe and the United States. The footage will form the basis of a movie about Michael’s life, with the remaining footage edited into a series to be released as an open-source public resource. The unprecedented growth and popularity of craft brewing and distilling, and the ever-expanding field of beer and whisky writing, would never have been possible without Michael’s ground-breaking efforts and uniquely engaging voice. It’s important that we tell his story and recognize his contributions before his memory fades.
Michael especially inspired renewed interest in the creative and complex beers of Belgium. In honor of that, and as a tribute to his inspiration, the Beer Hunter movie will incorporate never-before-seen footage of five young American brewers, who in 2006, led by Sam Calagione and the Italian beer expert Lorenzo Dabove, (and also featuring Rob Todd of Allagash Brewing, Vinnie Cilurzo from Russian River, Tomme Arthur from The Lost Abbey, and Adam Avery from Avery Brewing) visited the inspirational mecca of Belgium on a trip they dubbed “Belge-a-palooza.”

Consider pledging anywhere from $5 to $10,000 to get this film to audiences and reap some benefits for yourself while supporting a good cause: http://www.kickstarter.com/projects/wandermedia/beer-hunter-the-movie