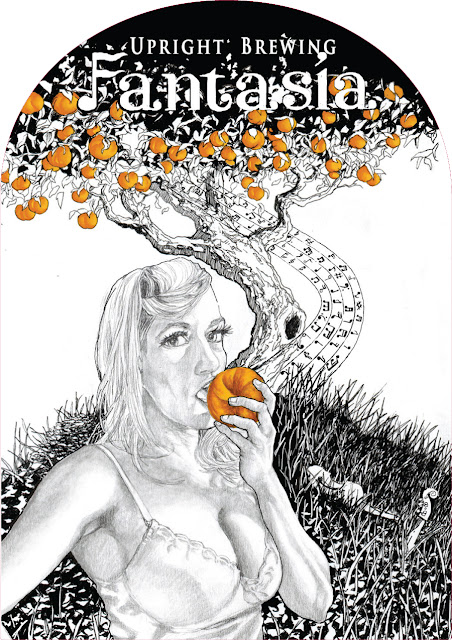 The latest and most highly anticipated release of the year from Upright Brewing is called ‘Fantasia‘ (pronounced fan-tah-zee-uh) and has just been announced for a Friday, January 20th release date at the brewery and tasting room. The beer is in the vein of a Lambic style of wild beer, though it does not use wheat and of course is not spontaneously fermented. What makes it extra unique, though, is that it was fermented entirely in oak barrels, never even touching a traditional stainless steel fermenter, and those barrels were stuffed with fresh peaches from Baird Family Orchards.

More behind the scenes on the making of the beer and its release info below. 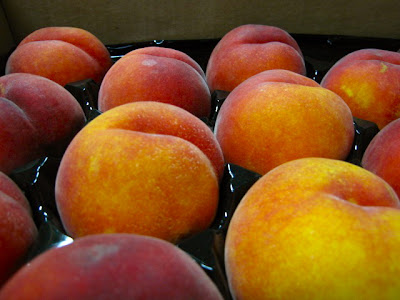 The label was designed by me, like the other Upright Brewing labels, and this one was the most painstaking process of design since the original design of the brewery logo and year round labels. The final label you see today is the third iteration drawn from scratch. Instead of other labels where an outline is hand drawn but finished digitally, this work was nearly 100% hand drawn with pencil and pen and ink, with just some processing and outlining done on the computer. Since I am intimately involved in the brewery’s operations, I will offer no direct opinions on the beer, but instead I’ll let Upright Owner and Head Brewer Alex Ganum do the talking:

“It was a tremendously friendly Trevor Baird, whose family operates an orchard producing wonderful fruit, who planted the idea in my head to make a peach beer. I set about to brew something totally different from anything I’ve done before and began by propagating some lactobacillus and brettanomyces, which don’t reproduce all that quickly.” 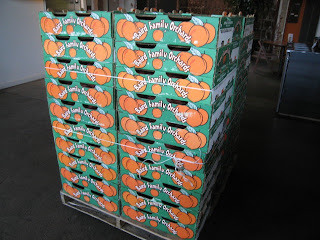 Unlike the wonderful NW-style peach sour that Cascade Brewing makes, this one has quite a bit of funky brettanamyces character.

“The few weeks leading up to the brewday were also spent procuring some appropriate oak barrels, eight in total sourced from four different wineries. After finally getting the call from Trevor that the peaches would be ready on the 23rd, everything was in order and Gerritt fired up the brewhouse while myself and a few very hardworking friends unloaded 800 pounds of fruit and spent most of the day cutting them up and stuffing them into the barrels.” 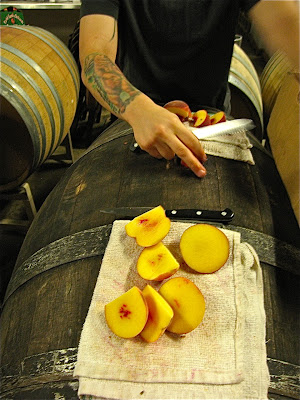 Often brewers use fruit puree that has already been processed so it is easier to add to a tank without worries of contamination. Fantasia would, of course, be purposefully contaminated with wild yeasts, so fresh whole peaches were used to extract more funk and flavors from the skin, which imparts subtleties but makes for a much more difficult and costly process.

“It took quite a while, and the wort enjoyed an extra long boil in the meantime, much like the processing of traditional lambics. The recipe on the brewlog that day was simple; all barley malt (unlike the wheaten lambic style), but employing warm aged hops from the 2008 harvest. By the end of the boil, all eight barrels were full of the fruit plus a mixture of saison yeast and the aforementioned lactobacillus and brettanomyces.”

As the wort was cooled, the barrels were then filled with the unfermented beer at roughly 2/3 to 3/4 of the way to allow room for the fermentation process on the peaches. Later, when fermentation died down, the barrels were left with empty head space which can cause oxidation. Some brewers allow this to happen, while others top the barrels off with more beer or blanket them with CO2 (as Block 15 does). Alex opted to top the barrels off this time with Upright’s farmhouse wheat beer, ‘Four’, andsome ‘Tokay d’ Portland’, a small batch barrel-aged strong ale.

“At that point, the Fantasia was ready for extended maturation in the casks, so it was hard bunged and set aside until the following August when seven of the eight barrels were blended and bottled shortly thereafter. Those bottles have been conditioning in the back of the brewery since and are in prime form and ready to enjoy,”

The beer is expected to cellar well for at least 2 years, and Batch Two has already been brewed for next year. 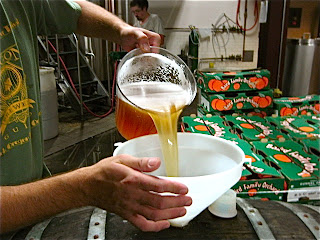 Bottles of ‘Fantasia’ will be wax dipped and sold in 750ml style champagne bottles for $20 a piece and $225 for a case, with a 1 case limit at the brewery this Friday 1/20 starting at 4:30 pm. There will also be just one 50 liter keg of ‘Fantasia’ pouring on draft on Friday.