New Belgium Brewing is branching out, and I don’t mean the company’s North Carolina expansion project. The first NB-branded pubs are set to open soon in Snowmass, Colorado.


New Belgium is partnering in the renovation of the Wildwood Snowmass hotel and opening the first “New Belgium Ranger Station”, a new slopeside bar and eatery.

Located just steps from the mountain on the Snowmass Mall, the New Belgium Ranger Station will offer Colorado craft beers and seasonal varietals in a casual, après ski environment. The renovated Wildwood Snowmass hotel will also have a New Belgium-­themed establishment, with 10 of the Fort Collins brewer’s beers on tap. More from the presser below:

“This project is a great opportunity to bring something new to an already vibrant Snowmass scene,” said New Belgium Branding Director, Josh Holmstrom. “As a Colorado brewer with deep Colorado roots, you want to contribute to the lifestyle and cultural experiences that make our state a world-­‐class destination. Snowmass epitomizes that in the very best of ways.” 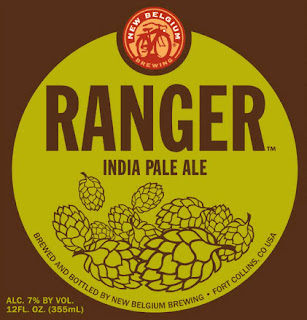 The New Belgium Ranger Station will be operated by Patches O’Houllihan, Inc. The bar and restaurant will serve a lunch and dinner menu developed by The Westin Snowmass Resort and new Snowmass Kitchen Chef de Cuisine, Jami Flatt. The menu will be designed to pair with New Belgium’s signature beers and seasonal craft brews. Located just steps from skiing, mountain biking, and concerts on Fanny Hill, the slopeside bar will be a casual and convenient stop year round.

The renovated Wildwood Snowmass hotel bar will be operated by Starwood Resorts and will cater to hotel guests as well as local clientele with an eclectic menu and accessible specials. The retro-­‐hip décor will incorporate prominent New Belgium imagery to highlight a broad selection of craft beers.
Both establishments are scheduled to open for the 2012/2013 winter ski season.


About The Westin Snowmass Resort and Wildwood Snowmass
Formerly known as the Silvertree Hotel & Conference Center, The Westin Snowmass Resort will fully renovate all 254 guest rooms and public areas in order to implement the full suite of Westin signature amenities, designed to inspire well-­‐being. Concurrently, the Wildwood Snowmass renovation will update all rooms and public spaces to create a completely new, hip and comfortable boutique property in Snowmass. Owned by a joint venture between Starwood Capital Group and Wasserman Real Estate, The Westin Snowmass Resort and Wildwood Snowmass boast an unbeatable location at the heart of Snowmass Village, adjacent to the ski slopes of Snowmass, one of Colorado’s most prestigious ski mountains. Both properties are scheduled to open in time for the winter 2012/2013 season. For more information visit www.westinsnowmass.com and www.starwoodhotels.com/wildwoodsnowmass.