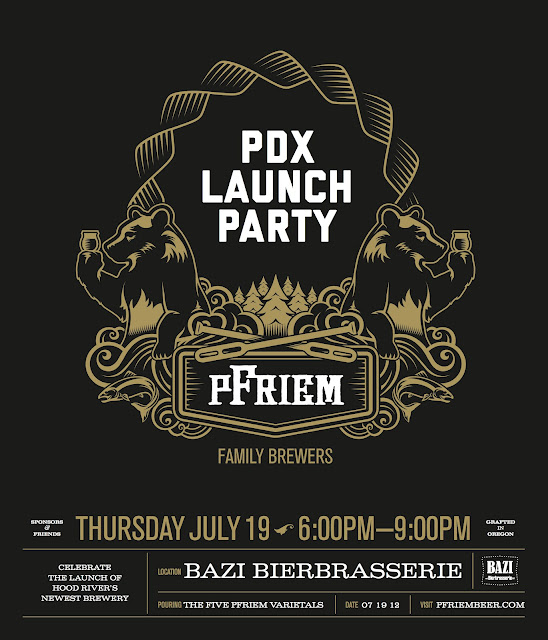 This Thursday, July 19th, the latest Gorge-area brewery, Priem Family Brewers from Hood River, will debut its Belgian and NW inspired hoppy beers at Bazi Bierbrasserie. You may recall I reported on Pfriem and featured an interview with co-owner and Head Brewer Josh Pfriem some time ago.

An experienced brewer who has spent time at both Chuckanut Brewery and Full Sail, Josh will focus on both on Belgian-style brews without ignoring the hops that us Pacific Northwesterners crave. The initial lineup of 5 beers are listed below.

Pfriem Brewery itself has not yet opened to the public in Hood River, though when it does it will feature a full tasting room with quality food and family-friendly area. Located right across the street from the waterfront park in Hood River–somewhat off the beaten path from downtown–it is a beautiful location in a newly constructed, eco-friendly building.

“2012 will forever be a benchmark year for the Pfriem family. After over a decade of award-winning experience in the Craft Brewing Community, I finally achieved a life-long dream of opening my own artisanal brewery in Hood River, Oregon,” said Josh Pfriem.