Events Yachats Brewing Pop-Up at Function PDX
Samurai Artist
Yachats Brewing on the Oregon coast is one of those great little brewery’s that everyone who visits raves about.
3 min read 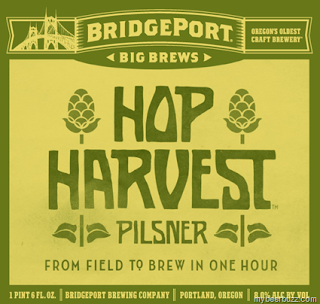 Bridgeport Brewing has really flown this one under the radar. Instead of their usual seasonal release of fresh hop beer, a Double IPA called Hop Harvest, the brewery has switched it up to an Imperial Pilsner this year. Already on tap at Bridgeport’s Hawthorne Pub and Pearl District Brewpub, this is also the first lager beer from Bridgeport that I know of (though interestingly all Bridgeport bottles are bottle conditioned with a lager yeast.) 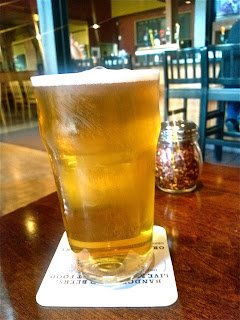 The new Hop Harvest also uses an obscure Austrian hop variety called Aurora that I have never heard of for bittering, and another 45lbs of green “fresh” Oregon Tettnanger Hops in the hop jack, which seems like a rather small amount for a good-sized brewery.

I googled these Aurora hops and found a bit of info “Super Styrian (Aurora Hops) was bred in the 70’s at the Hop Research Institute in Zalec, Yugoslavia”. It is a similar hop to Styrian Goldings, but not related. The variety is more similar to Northern Brewer hops, which have a moderate bitterness and are sometimes credited with minty flavors. It’s a good hop for European style and darker brews.

Tettnanger hops are a popular German variety with a spicy character and are popular as a bittering hop for pilsners. They’re also the main fresh hop in Upright Brewing’s new fresh hop ale, Kiln em’ All.

At 8% ABV, this Pils certainly qualifies as a big beer, especially for a style known for its sessionable qualities. Bridgeport does an admirable job of keeping the beer light and tasty, and the alcohol is completely hidden. The flavor does indeed have that spicy hop quality, as well as the fresh hop grassy flavors, but unlike some imperialized beers, it’s not really bitter. The only clue to its larger size is a richer, creamier, and nuttier malt character, though it still comes off as relatively light. Bottles are already available at the specialty shops such as Belmont Station.