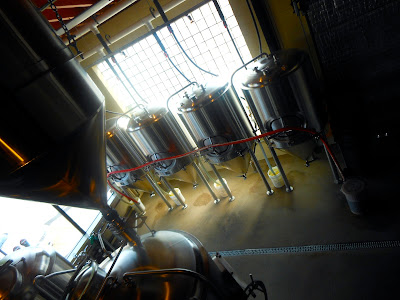 Add another brewery to your pub crawl list when you next visit Corvallis. The newly opened Sky High Brewing is yet another new brewery within just a few blocks of Flat Tail Brewing and Block 15. Opened by the folks behind Corvallis’ popular American Dream Pizza, they scored an experienced brewer with Laurence Livingston.
After starting Anchorage, Alaska’s first brewpub (Cusack’s) in 1995, Brewmaster Laurence Livingston then founded and brewed at Great Bear Brewing Company and even spent time brewing in Hawaii at Whaler’s Brewpub and Keoki Brewing. Most recently, Mr. Livingston founded Ring of Fire Meadery, the first commercial meadery in Alaska, which he still owns and his wife manages. It’s a mystery why he is then brewing in Corvallis, but reports say his wife will soon join him here, so I can only speculate that the meadery may be up for sale. 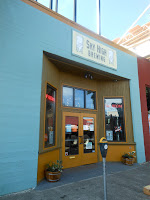 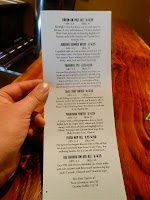 The building Sky High resides in is a bit strange, part warehouse and part office loft space. A small entrance way with a door to the brewery and a couple of small tables before salvaged wood steps take you up to a small balcony pub space with the brewery’s taps. Even this main bar floor can only seat maybe a dozen people. Initially the owners planned the brewery as a production space with just a small tasting room, but the name “Sky High” is a nod toward their future plans to build a full-on brewpub on the roof of the building.

The building is a bit hidden, but is still located right in a busy area just off the waterfront strip where the farmers market takes place. A small rectangular yellow sign shows the way if you’re looking for it. 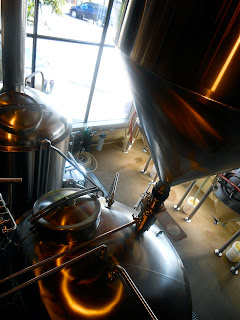 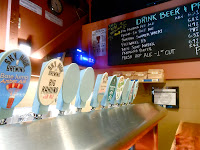 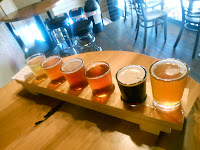 Sky High is pouring 7 different flavors at the little pub now, all of the standard American/English pub variety, i.e. Pale Ale, IPA, Red, Hef, Amber, and Porter. There is even a fresh hop beer that I think was the standout of the bunch, packed full of green grassy hop flavor.

The brewery setup looks really good here, super organized and clean with room to grow. Whoever put this together clearly has some experience, as it appeared there are four fermentation tanks and five bright tanks with a nice 2nd floor grain room and auger that can be loaded with fresh milled grained in advance. It’s nice for a startup brewery with a 10bbl brewhouse, brand new from JVNW.

Currently you can find the Sky High brews at their location, American Dream Pizza, Crow Bar, and Crow’s Nest, all in Corvallis, but future plans include 12 different beers and bottling or canning.