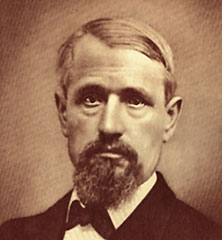 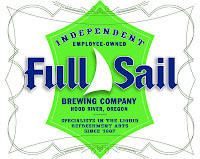 Henry Weinhard’s Brewing has a long history in Oregon that is coming to an end with the news that the brand’s owner SAB Miller, will not renew its brewing contract with Hood River’s Full Sail Brewing.

As a child, the downtown Portland Weinhard brewery was my first experience with the fermentation process. I remember spending weekends downtown and smelling the sour, pungent aroma of fermentation blowing out the roof of the historic brewing plant. I hated that smell at the time, but it was so unique that the aromas have been engrained into my memory. The Blitz-Weinhard brewery existed from 1856 until 1999, when Stroh Brewery, which owned it at the time, sold the brand to SAB Miller, which immediately closed the brewery and moved production to Olympia Brewery. Olympia shut down several years later and the contract moved to Full Sail. When the original brewery was closed, a huge urban renewal project for the then mostly abandoned warehouse neighborhood turned the building into the Brewery Blocks, where Henry’s 12th Street Tavern was built in a project that ushered in the creation of the Pearl District.

Henry Weinhard’s produces popular bottled sodas as well, and sells enough beer in the state to be ranked 4th among the top 10 Oregon brewers by taxable barrels, Full Sail comes in behind them at 7th, based on the most recent OLCC report in June 2012. As important as Henry Weinhard’s has been to Portland, the brand has been just as critical for Full Sail.

Since 2003, Henry’s beers have been brewed in downtown Hood River at Full Sail and have provided a significant boost and cash flow for its makers. It was a lifeline that has helped Full Sail continue to grow. Now that line will be cut after March of 2013, when SAB Miller will end its contract with Full Sail. This is big news for Oregon craft beer and another end to Henry’s, as SAB Miller attempts to franchise the brand by opening more Henry’s Taverns across the country and brewing and distributing the beers regionally. I spoke to Full Sail Brewing’s co-Founder and CEO on Friday to confirm the news and find out how this would affect her brewery:

“Miller has decided to move the production to one of their breweries. they want to go national with the brand and they thought that made more sense. The contract was up for renewal and so it was just the natural process of it.”

“We have been very happy with that relationship, it’s going to have been 10 years now. It’s really enabled us to get in a whole lot stronger financial position and for an independent brewery it’s not a bad place to be in. It’s enabled us to invest in the brewery and be good for the brewers and not get into a whole lot of debt which is a really good place. We are grateful for having had it, we wont be doing it after 2013. ” 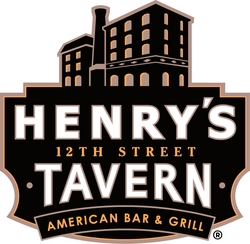 I am sad to see Henry’s leaving the state, though I have not drank their beer for years, nor am I a big fan of the 12th Street Tavern. It is still a part of Portland brewing lore, and Henry Weinhard himself was such a legend and pioneer. Stories about about the late Mr. Weinhard including the most famous when he offered to pipe in his beer to all the water fountains in downtown Portland abound. Now the Henry’s brand is being co-opted and marketed as a Portland institution on the taproom’s website, with plans to open a new Henry’s Tavern soon in Seattle and another coming to Plano, TX. Its legacy will always be with Portland, but we can no longer call it our own.

More with Full Sail Brewing’s Irene Firmat on the craft beer business and the future of Full Sail tomorrow on The New School.