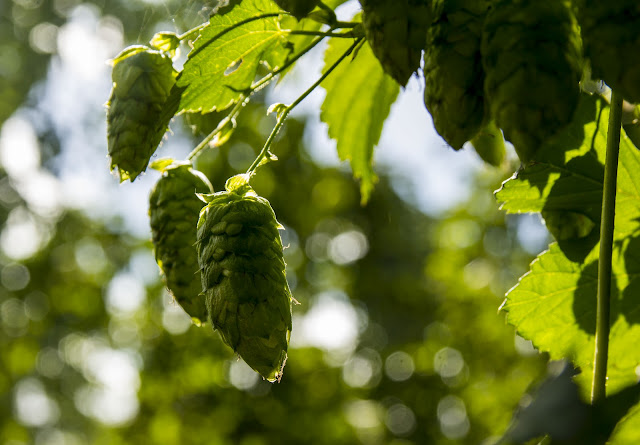 UPDATED Tuesday 10/2:
The Fresh Hop beer list continues to grow with a bunch of new beers hitting the market and including two firsts as far as I know – a Fresh Hop Cider and a Gluten-Free Fresh Hop beer.

On Thursday one of our newest, Humble Brewing releases 2 fresh hop beers at Bridgetown Beerhouse at 6pm.

Pints Brewing in Old Town Portland has 2 fresh hop beers, another first for the new brewery including a Double IPA and the rare Fresh Hopped Saison.

Our only Gluten-Free brewery – Harvester is releasing their Fresh Hop version of their IPA on Friday at the brewery for dock sales and tasting and shortly after at key Portland accounts. Not only is this probably the first fresh hopped gluten-free beer it’s also one of the very few bottled fresh hop beers this year.

Fresh Hop beer has officially hit the big time, with everyone and their mother making the style, which even recently received official recognition from the Brewers Association. Though so-called “wet” hopped beers have been around for at least 20 years, it feels like they are really just now is exploding. While it seems everyone in Oregon is making one, the beers are still elusive and can be hard to track down. This leaves many of us scouring the twitterverse for updates on the latest green and grassy brew. Luckily our friend and new contributor, “Ze Fresh Hop Führer”isnothing if not a man of the people. He has compiled the largest database of fresh hop beers ever, all available in the state of Oregon.

The list will be occasionally updated and if you wish to share a new fresh hop beer or where you have found one on tap, please post it in the comments.

The Fresh Hop Führer says “Like my favorite Pokemon, you “Gotta catch ’em all!” so wise to consult The New School’s handy Fresh Hop Beer Guide!” (Click the table to enlarge)