Well, someone had to compile the list of the ultimate gadgets and gifts for the beer geeks in your life. Leave it to The New School to compose a geeky but self-deprecating list of awesome and/or useless items you absolutely must not need. In truth, we are the geekiest of all and found so much coolness/weirdness that one post could not contain them all. So, without further ado, here are the first 10 of 25 Holiday Beer Geek Gifts for 2012 rated in categories of “Beer Money” and “Beer Geek Cred” with a 0 to five * score. Batman Caped Pint Glass
http://www.thinkgeek.com/product/ee0c/?srp=18
Beer Money: $9.99 Beer Geek Cred: *
Fulfill your need to dress in spandex and wear a cape while filling your pint glass with sweet, sweet booze to feed your crippling alcohol addiction at the same time. After a few pints out of this sweet Batman-caped pint glass, you might think you are a match for a shadowy group of assassins determined to extinguish craft beer for the masses. But, more likely you will just be wearing the cape like a well placed loincloth after your crushing defeat at beer pong. 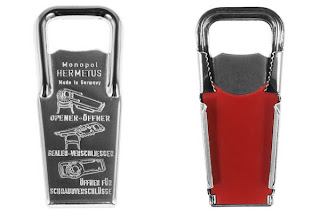 Hermetus Bottle Opener & Resealer
http://store.kaufmann-mercantile.com/collections/kitchen-home/products/hermetus-bottle-opener-resealer
Beer Money: $8.70 Beer Geek Cred: ***
Stupid humans, always so concerned about how to open bottles it rarely occurs to us to find a new way to close one! What’s that, you say that’s stupid? Those crazy Germans don’t think so because they have invented an oddly-named but nifty tool that not only opens a bottle but can reseal it for freshness or transport afterwords. 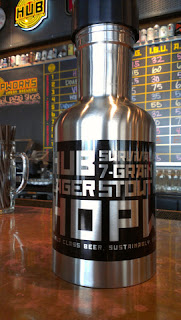 Hopworks branded Brauler
http://hopworks.myshopify.com/collections/hats-and-accessories/products/hub-64oz-stainless-growler
Beer Money: $45.00 Beer Geek Cred: ****
Sure you feel stupid pronouncing it out loud, but the Brauler may be the best growler money can buy (just read our Growler Wars coverage) and the new Hopworks Urban Brewery version supports a local favorite. As the newest stainless steel growler to hit the market, Hopworks is one of the first in the country to offer The BräulerTM. This 64 oz. stainless growler features a brand-new, distinctive Hopworks design, a wide (2.5″) mouth for easy filling and cleaning, and the deep-thread cap holds carbonation and freshness. 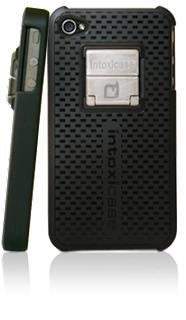 Intoxicase and Intoxicase Plus
http://intoxicase.com/buy.html
Beer Money: $35-$45 Beer Geek Cred: ***
The Intoxicase is a protector for your iPhone with a built-in bottle opening mechanism on the back that easily slides shut and is covered up. Unlike other cases with a similar feature, the Intoxicase has a free app that does everything from keeping track of how many bottles you have opened to how much you have consumed that day and even tells you where your car is. This might be the most you will ever get out of a cell phone case. 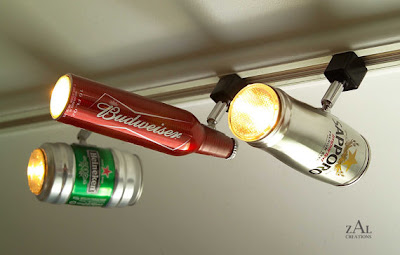 Beer can Track light / Track head
http://www.etsy.com/listing/78564396/beer-can-track-light-track-head
Beer Money: $87 Beer Geek Cred: ****
Handmade light fixtures from cheap macro brewery cans add some much needed Beer-Shui to your bachelor pad. True, a Budweiser bottle or can is a little cooler if you live in a frat house, but these handmade fixtures from Etsy can be custom ordered. Now, if we could only get some in Hopworks and Fort Gorge can options, I might really be interested. 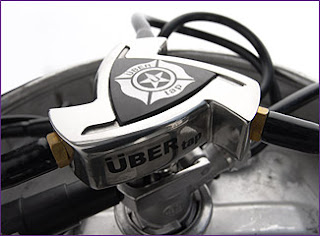 For when your kegger party goes beyond just one 1/2 barrel of PBR, the Uber Tap features: 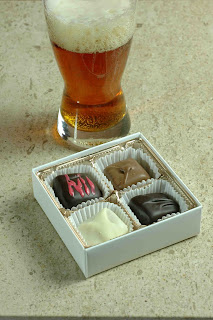 Beer Taffy, Beer Jelly, and Hopdrops
http://www.beercandy.com/store/
Beer Money: $10-$14 Beer Geek Cred: *
All made with real beer, these are not your grandmother’s candies. According to the website, beer is the main ingredient in the jelly: “These beer jellys have beer as the main ingredient. The IPA has enough hops to make your mouth wake up, and the Stout Beer jelly has all the flavors of a great stout but you can spread it on bread.” 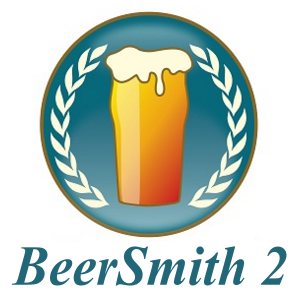 Homebrewing Software
http://beersmith.com/
Beer Money: $19.95 (on sale) Beer Geek Cred: ****
BeerSmith 2 is brewing software for the next generation of homebrewer. If you know someone ready to take their hobby to the next level of professionalism, this software is the perfect gift. It’s able to help you formulate recipes and compare them to classics, make shopping lists, store recipes, gather info in the cloud, and even generate step-by-step instructions for any recipe.

WilliamsWarn Personal Brewery
http://www.williamswarn.com/
Beer Money: $5,660 $nz Beer Geek Cred: ****
Say you like to brew your own beer. You’re practically a brewmaster, you just don’t have as many hours in the day any more to devote to the time-consuming activity of brewing. The uber-slick Williams Warn Personal Brewery is so advanced, it will practically brew your beer for you. Meanwhile, you can spend your time fact-checking The New School and leaving anonymous comments about how ironic the commenting guidelines ask that you “Try Not to be a Dick”.

Stay tuned for parts 2 and 3 of the top 25 Holiday Beer Geek Gifts of 2012. You can also look back at last year’s still awesome gifts here: http://newschoolbeer.com/2011/12/2011-holiday-beer-geek-gift-guide.html