You may be wondering why there is a photo of a porcupine’s ass on the bottom of the sea in the photo above. It’s actually a sea urchin and it is the latest and what may be the most unusual ingredient in a Jason McAdam beer yet. Based on a hundreds-year-old recipe unearthed recently during an excavation of a deep sea shipwreck…no, I just made that Sam Calagione-sounding bullshit up, this is totally new. When Riffle NW, a new but already already acclaimed and very popular fresh catch-inspired Portland seafood restaurant, approached Burnside Brewing Co.Brewmaster Jason McAdam with brewing a seafood-inspired beer, he jumped at the chance. Known for his unusual ingredients and experimental nature, Mr. McAdam recently won a GABF gold medal for his Sweet Heat, a popular staple in Burnside Brewing’s lineup.

The new beer, named “Riffle Urchin Ale,” will see its release at Burnside Brewing and Riffle in mid-December. The inspiration for the ale came from a popular Riffle item on the Raw Bar menu: a Quail egg and Urchin shot that is a favorite of Jason’s. To complete the beer and round out the flavors, the brewery has also employed tomato water and smoked Jacobsen sea salt.

And if you’re wondering what tomato water is, it is literally just the water in the tomato, basically the juice but not pureed tomato; it’s the excess that escapes an overripe or sliced tomato. For that reason, it is hard to obtain a lot of tomato water, though it has at times been a prized cooking ingredient and pops up in cocktail recipes from time to time.

Rifflle Chef/Owner Mr. Norris is changing the way seafood is practiced and eaten in Portland. He wanted to do something out-of-the-box that was delicious but also highlighted something from the sea in the beer. No matter how the beer turns out, I find it refreshing that a high-end hip restaurant owner such as Mr. Norris is giving beer its due attention as a key menu pairing option.

I am assured the beer will be light in body and accessible for both beer geeks and novices alike. 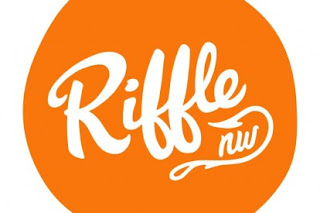 About Riffle NW:
In Portland’s iconic Pearl District sits Riffle NW, a catch-inspired seafood restaurant marked by a distinctive and unwavering passion for thoughtful-sourcing and skillful preparation of the freshest ingredients available. Executive Chef Ken Norris and Chef de Cuisine Joey Cefalu’s seafood-focused dishes reflect the sense of simplicity you find in the beach and coastal regions around the world. The dishes at Riffle are uncluttered and straightforward, with each element thoughtfully rendered and deeply flavored. Seafood and produce are approached in the same way: source the freshest and finest product, treat it with respect, and enable it to shine on its own. The terroir-focused wine program and ice-inspired cocktail program add to the unique offerings of Riffle NW. 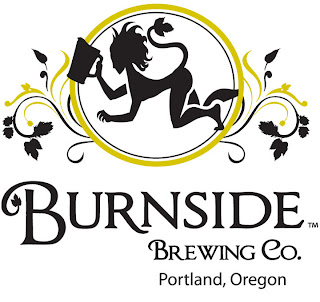 About Burnside Brewery:
Burnside believes in creativity and the highest quality malt, hops, yeast, and Bull Run water to create the finest local brews. In addition to the craft staple Burnside IPA, they take new spins on time-tested brews like Oatmeal Pale Ale, and the uber-creative Gratzer and Sweet Heat Wheat recipes. All Burnside brews are unfiltered; instead, they opt for the lagering process to remove particulates. This requires an increased time commitment, but pays dividends in the depth, character, and flavor profile of their offerings.