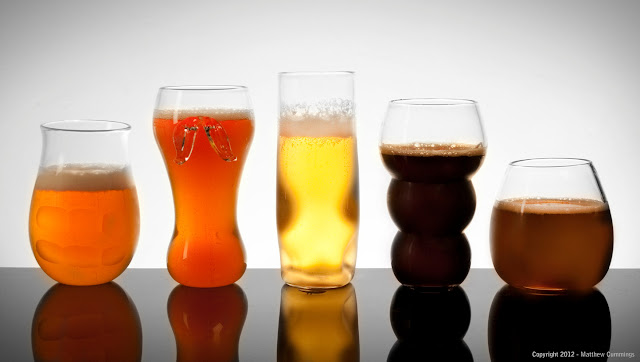 Just when I thought I was done compiling douchey beer geek gift suggestions, the aptly named Pretentious Beer Glass Company pulls me back in. Recently discovered via the miracles of twitter, this Etsy seller makes the coolest handmade beer accessories since Mindy’s Beer Gear. These glasses practically implore, nay demand, that you hold your pinky out while drinking from them. If before you were all like,“How am i supposed to drink from this Westvleteren chalice after it’s been made available in America?! It does not begin to show off the uber-exclusive rarity of this bottle of Russian River Toronado 25th Anniversary that I traded for!” then the Pretentious Beer Glass company feels your pain and has hand blown glassware collection would make even Greg Cock proud. 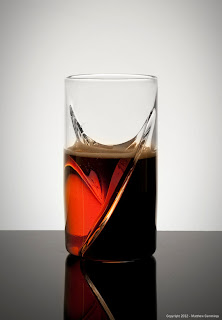 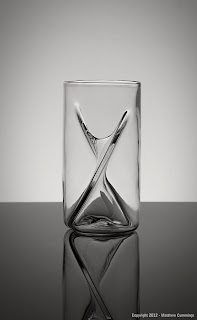 This is one trippy beer glass that allows you to experience 2 beers at the same time in the same vessel. It starts with a cylindrical beer glass with two separate chambers inside that combine into one near the top. Fond of the famous beer mixer the Half and Half, but you don’t have the skill to pull off the Guinness and Lager float? This may be the perfect solution. According to the website, “it allows you to mix any two beers, even ones that have similar viscosities. A wonderful secondary benefit to this glass is that you can smell the bouquet of both beers simultaneously, where normally you only smell the beer that settles on top.” 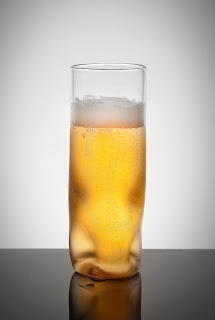 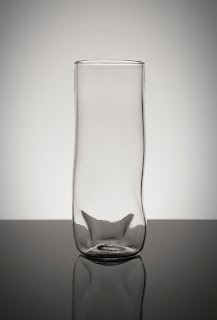 The not so subtle design of the “Subtle Beer Glass” appears to be based on a classic German lager glass, but it’s like the glass blower left it under heat too long. Apparently this look features a “softened” bottom made by indenting the hot glass with newspaper pads. Er, alright, but the real beer geek benefit is the various densities in the glassware that show off the subtle highlights in the beer. Designed for lighter beers, perhaps, but I bet it would show off a darker beers color variations even better. 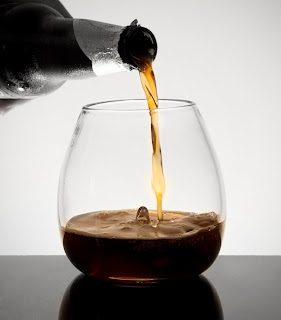 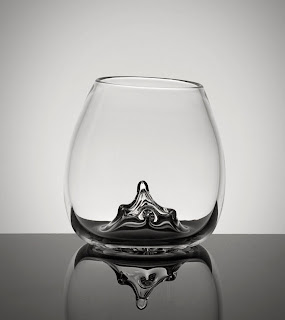 This glass looks just like a wine or whiskey snifter in which you should be swirling a fine Burgundy while wearing your double pleated jacket and glancing at your pocket watch. On second look, it takes an artsy turn toward the douchey beer awesomeness you’re looking for with the small rocky glass shape emanating from the bottom like the first splash of 2012 Abyss. It’s designed to highlight aromatic and high alcohol beers like Sam Adams Utopias, which could benefit from a direct pour and aeration this glassware provides. Just imagine your friends faces when,“as you drink the beverage, the mountain is slowly revealed, emerging from the dark liquid.” 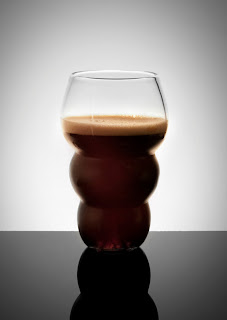 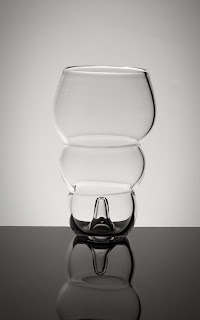 The Malty Beer Glass is the first beer glass to be ribbed for your pleasure. Besides just looking like a cross between a dog chew toy and another kind of adult toy, this glass is designed to highlight malt, of course, but the small point coming out the bottom works wonders for separating bottle conditioned or yeasty beer from the sweet sweet alcohol you crave. Pretentious Beer Glass says that the unique shape allows the “sediment to cascade to the outer edge of the bottom, while the lowest “waist” keeps the sedimentation at the bottom and out of your teeth! “ 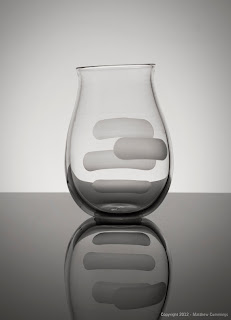 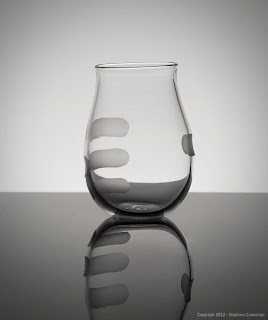 The tulip shaped beer glass is popular among beer connoisseurs, especially for Belgian-styles. This stemless version is designed to highlight hoppier beers, though. The main enhancement is four finger grips engraved into the sides so your butterfingers can hold onto glassware that doesn’t have a plastic handle or changes colors with the temperature of your beer. 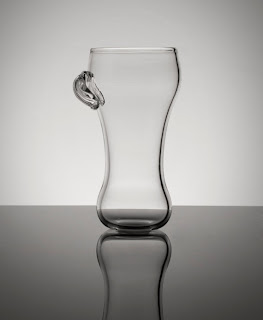 Remember back in 2007 when Samuel Adams released the “Perfect Pint Glass” and an accompanying spectrum of reasons why it was so superior to others? Like you, I knew it was missing something, but I could not quite put my finger on it until I saw the Pretentious Beer Glass Company’s similarly shaped Ale Glass and realized it really needed a mustache. Perfect for Portlandia hipsters and beer geeks alike, this fancy and versatile glass allows you to show off your stache even when it’s covered by the pint of beer your guzzling from. According to the Pretentious guys, they came upon the truly Perfect Pint Glass by taking“a recognized format, bomb it, and make it your own. Hence the ‘stache.”

The Pretentious Beer Glass Company may be the best thing to come out of Louisville, Kentucky, since Muhammad Ali.