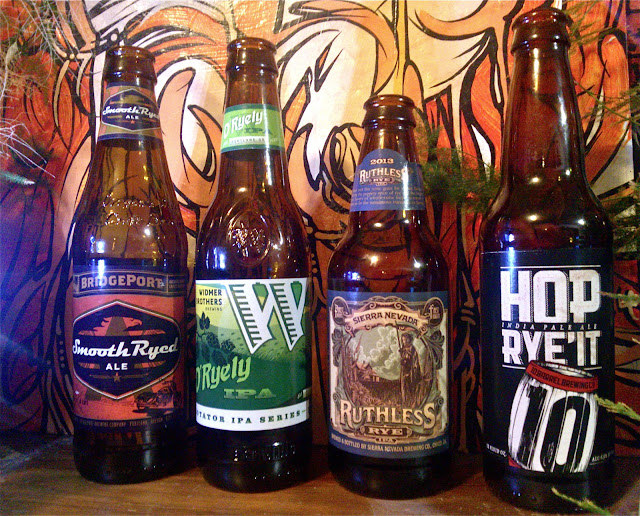 Rye is a cereal grain related to wheat and similar to barley. It makes for delicious bread as well as a tasty, unique style of whiskey. It also makes for a popular pun in beer names and creatively-challenged writers’ article headlines.

Rye beers have been popular ever since Bear Republic scored a hit with its Hop Rod Rye. They have steadily been gaining even more traction in the last few years and now seem to be totally ingrained as a commonplace spinoff adjunct in IPAs. In fact, I think a very good case could be made for a new style category for the Rye IPA. Case in point, there are no less than four different Rye IPAs available in 6-packs on the market in Oregon right now: Sierra Nevada Ruthless Rye, Bridgeport Smooth Ryed, 10 Barrel Hop Rye-It, and Widmer O’Ryely. I thought it would be fun to put these beers through a comparative taste test. 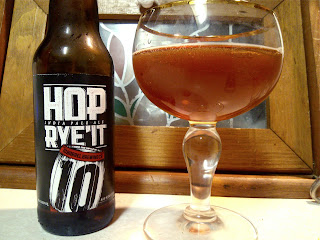 Pours with almost no head. A thin lacing develops and immediately disappears. Pours a hazy copper color of rust. Aroma is sweet crystal and very astringent rye, fruity hops, sweet and spicy. Malty medium bodied with a gripping rich hop flavor and dry grainy and spicy rye coating the tongue. This beer is easily deconstructed as the flavors hit your palate–first you get the sweet caramel of the malts on your lips, then the hops coat your mouth, and finally the astringent spicy rye dries on your tongue. Still, what’s up with the carbonation? Feels semi-flat. Score: 4 out of 5 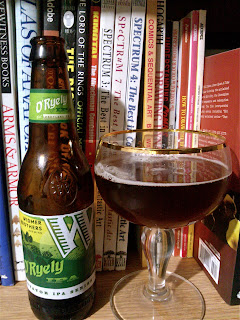 Pours up to a 1 finger head but dies away to nothing very quickly, a bit darker, nuttier color of amber. Less aroma than the 10 Barrel, with a lighter citrusy hop note. It’s hard to detect the malt or rye on the nose. Even though it looks very malty, the body is quite light and crisp, the rye bready flavor takes over with some hop bitterness on the finish. A green, grassy hop flavor mingles with that distinct coating of rye. Also a cleaner beer with little esters, placing the showcase firmly on the rye. It’s a real easy drinker and more mellow than many west coast IPAs, but that’s no knock on a well-rounded and flavorful beer. Score: 3.5 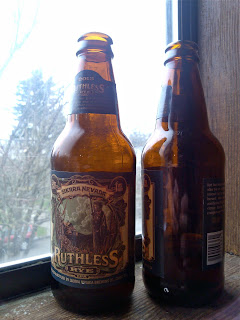 Pours a pretty, crystal clear amber color with nice orange highlights. A white head rises and lasts, the first of these 4 rye beers with a real head and lacing. Rye bread aroma emanates, neither sweet nor overly hoppy on the nose, with smooth and gentle notes. Hoppy upfront on the palate, spicy in the body, a bold full malt body lays a background for tons of rye bread and spice. It does begin to be hard to tell from the grassy hop bitterness and the dry astringent rye as they mingle and coat the tongue. However, it’s all OK because the flavor is delicious
Score: 4.5 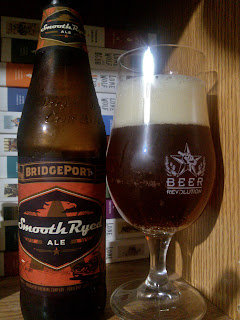 Pours with the largest head of the bunch, and it sticks around with a nice white fluffy lacing. Aroma is earthy and grassy, like ripping up a clump of grass and earth in your hands. A malty chewy body is overtaken by a strong hoppy bitterness and that signature rye spiciness. Sticky, resinous, bitter hops bite and linger with each sip of this beer before finishing to a dry astringent mouthful of rye spice and chewy grainy cereal. Like other recent Bridgeport offerings, all the hops in this beer seem to be concentrated on bitterness without much flavor and aroma hop additions. Some prefer bitterness over that floral flavor, but not I. It’s still a tasty beer and rye is very well showcased, but I am left wanting a little more. Score: 3.5