Industry News Complete List of Home Beer Delivery Options in Oregon
Samurai Artist
UPDATED on April 3rd 2020! Breweries and bars are struggling to stem the bleeding inflicted by COVID-19 virus and the mandated government shutdown of most of the service industry.
8 min read 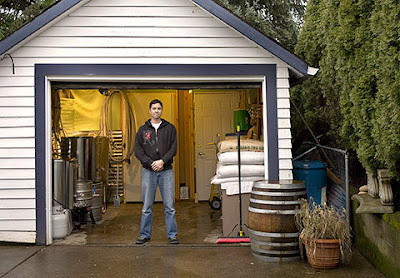 I’ll never forget my first beer with Beetje Brewing’s Mike Wright, enjoyed on a barstool at Victory Bar. We both ordered his Blue Foot Flanders Red-style ale, which was a delicate representation of the style: slightly sweet, suggestively sour, and he clearly handled the Pinot barrel aging with fresh cherries in a way that belied his slap-dash virgin stab at such a beer. But that wasn’t what made it so memorable. It was the fact that he brewed it and he lived but five blocks away, and the server had never heard of him. I don’t imagine Kurt or Rob Widmer could order a Hefeweizen, point out that the name on the tap handle is his, and expect such unblinking anonymity.
In turn, I recently had the Rocket Blonde Ale from Mt. Tabor Brewing that had more flaws than Ann Coulter’s thought process.

Both have since moved out of their respective founders’ garages and not-so-supersized up to seven-barrel systems. The former changed its name to The Commons(makers of The Beer of the Year) and the latter should’ve changed its name because it’s no longer in Mt. Tabor, but this isn’t my point. It’s that for all the great beers that nanobreweries are capable of crafting, though there is plenty of upside on the nano pros/cons list. I’m not one to stir the pot and make enemies, but I’m beginning to think there are more cons, all of ‘em self-inflicted.
Admittedly, my primary reason for opposing more nanos is a selfish one. I’m writing the Oregon Breweries volume in Stackpole Books’ series of guidebooks and each new opening just means more work for me without added compensation! So enough already.
Even the Oregon Brewers Guild lists around 130. But the number is actually 170—and 30 more are coming soon. This is on top of the 30 new entries I’ve had to add since starting this project. Please let me stay home and play with my baby boy instead of make your dreams a reality.
The B.A. doesn’t keep an official list of how many licensed breweries operate as nanobreweries—an undefined term but generally accepted as those brewing on a 3-barrel system or smaller and producing fewer than 100 barrels a year. But Erin Glass, the BA’s membership coordinator and “brewery detective,” approximates that beyond the 2,300-plus breweries in operation in the US. That number could jump by 50 percent if all of the ones in planning stages actually open, and of those, she thinks perhaps as many as half are the pint-sized variety. 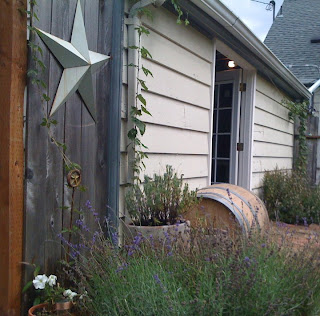 The definition of nano is that it’s one-billionth the size of something, so there are a billion nanometers in one meter. In regard to nanobreweries, the definition takes some liberties, but not many. Compare, for example, Portland’s Humble Brewing to Budweiser. Anheuser-Busch brewed roughly 100 million barrels of beer in the US alone in 2012. Humble made and sold about 13.

And this is my point. I’m not slagging Humble’s beers, or, say,Short Snout Brewing‘s beers. I have yet to find them on tap in town. Maybe they’re great, maybe they’re terrible. Either way, they don’t make very much. Craft brewers claim that they’re in it for the beer, not the bucks—which is true 99 percent of the time—so nanobrewers clearly know to expect nanoprofits. 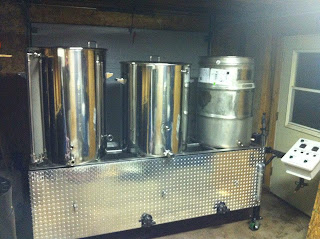 Hey, remember the ‘90s? Remember when the market flooded with new breweries that mostly went beer-belly up? I think that is largely attributed to the bad beer they produced because those entrepreneurs only saw profitability over passion for brewing. What we’re experiencing today is sort of the opposite: folks with a love of brewing but bupkiss for business acumen. Selling clean, purchase-worthy beer falls under biz smarts.

Basically, oxymoronically, nanobrewers are like professional homebrewers. The cost of launching a nanobrewery fairly resembles that of the beloved food carts that are driving (sorry) the craft of the comfort food industry. And we love us some food trucks. I think if most food cart operators are honest, they’d rather have a brick’n’mortar (see: Lardo, Shut Up and Eat, etc.) Same goes for nanobrewers; it’s a terrible business model and if their goal is to quit their day job and make beer for a living, the only way to do that is by brewing 10 (maybe just seven) barrels or more.
It used to be that people started homebrewing in part because they couldn’t find the kinds of beers they liked to drink. If you want something done right, DIY. But with the wide variety of beer brands readily available in much of the state, rare is the nanobrewed beer that is wholly unique. Unique is good. But good is better. Maybe Mt. Tabor makes fantastic beers 98% of the time. All I know is, fool me twice, shame on me, so there won’t be a third time’s a charm opportunity.
Lastly, people open a nanobrewery to serve their community that doesn’t already have its own brewery. Certainly the brand new Boring Brewing Co. is the only one in Boring. But a brown ale? A blonde? If I wasn’t working on this book, would I really drive out there to try those? And can Boring RyPA really be so much better than, say Sierra Nevada’s Ruthless Rye IPA or 10 Barrel’s that I’m gonna haul out for it? (Note: I’ve tried the Boring RyPA and the Boring Brown, albeit over in Seaside during Pouring at the Coast. Very good. But I still gotta schlep out to the brewery. I also tried some beers from very small breweries that I couldn’t dump fast enough.)
So please, if not for running the risk of being hit-or-miss with your tiny batches, or having them appear on draft so infrequently that you’re not making a splash on the scene, then simply as a personal favor to me, do not launch any new breweries until I’m done so that I’ll have something new for the 2nd edition. I drove 375 miles out to Beer Valley Brewing in Ontario, Idaho, I mean Ontario, Oregon, only to return home and discover the 10-gallon Tandem Brewing just opened (as part of a juice and coffee shop). Well that’s just flippin’ great.

Brian Yaeger is the author of Red, White, and Brew: An American Beer Odyssey. He contributed to the Oxford Companion to Beer and writes for All About Beer, Draft Magazine, CraftBeer.com, Portland Monthly, Willamette Week, and more. He earned a Master in Professional Writing (with a thesis on beer). Other than GABF, his favorite, can’t-miss event is the New Orleans Jazz & Heritage Fest where he’s drawn to any band with a tuba. Along with his wife, Half Pint, he runs Inn Beervana Bed & Beer in Portland where he also lives with his baby boy I.P.Yae, and German Shorthair Pointer, Dunkel.