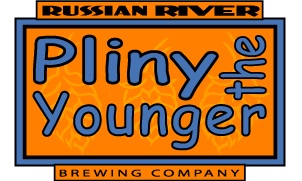 UPDATED: With info on Green Dragon’s event
Russian River’s Pliny the Younger is coming to town (squeeeee!!!). Quit your incessant schoolgirl whining, it’s as if Justin Bieber made sweet underrage love with Mariah Carey in a vat of Russian River beer. Atleast that’s how many beer geeks react to it’s tapping each year. Though I urge you dont believe the hype, many of you will seek it out anyway. So here is details on a couple of tappings in the next week in Portland. 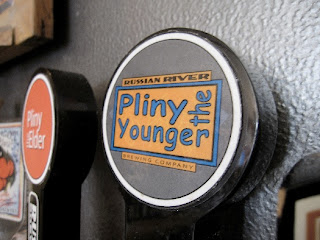 If your reading this now you likely missed APEX’s tapping at 11:30 am Saturday March 2nd though they may still have on other Double/Triple IPA’s Boneyard Notorious, Dogfish Head 120 Minute IPA and Double Mountain Molten Lava.

There will be two Three more chances to get your Pliny on this week.

On Tuesday, March 5 at 4:30pm, Wildwood Restaurant & Bar, one of the best beer focused restaurants in town will be tapping their keg and will also be serving draft Russian River Supplication from 2010, 2011, and 2012 available in glass pours and flights. In bottles they will be offering Temptation, Sanctification, and multiple vintages of Consecration and Supplication.

On Wednesday March 6th at 8pm another one of Portland’s great beer focused restaurants and bars, Higgins will be tapping their keg.

On Monday March, 11th at 5 pm the Green Dragon will be having a Russian River night with the Yonger. Cost is $30 for the following beers:

Word on the street is other pubs like Roscoe’s may be tapping kegs this week as well. Keep your ear to the ground.