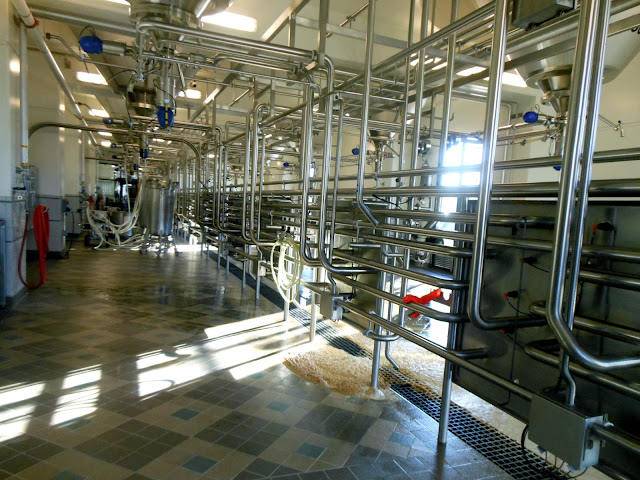 Just when you think the rush of Portland breweries has slowed to a crawl, four new breweries pop their heads out the ground like Punxsutawney Phil checking the climate. The latest crop is all over the board–a production facility, a brewpub, a homebrew shop, and a mish-mash. The New School has ferreted out all the info on the upcoming Homebrew Exchange, Culmination Brewing, Cascade Brewing, and Royale Brewing.

Though you may have been confused by yesterday’s April Fools joke about Cascade Brewing opening a Blending House in Beaverton, that news is actually true. The parts about live blends, suicide blends from the runoff, and prices were all made up, though. Actually true is that the Cascade Brewing Blending House will be a new site where the brewery plans to move production and barrel-aging. This will free up even more retail and seating space at the current Cascade Barrel House on SE Belmont. Per Chris Crabb on the expansion, “Cascade has rented a 9,000 sq. ft. building at 6770 SW 111th Beaverton. We will be moving the majority of our aging, blending and bottling operation to Beaverton. The production side of the Barrel House will be expanded to accommodate more retail operations.” The new location is much closer to the actual Cascade brewery at the Raccoon Lodge, also in Beaverton, and will not be open to the public. More sour and fruit beer for the masses! Congratulations, Cascade. 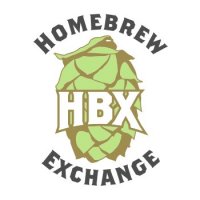 Mum is the word on this new brewery from The Homebrew Exchange. The HBX in North Portland recently relocated a little closer in, to 6550 N Interstate Ave, and has just filed for a brewpub license. Owner Aaron Fabbri played coy and will only reveal that he has “something unique” planned when I contacted him for comment. 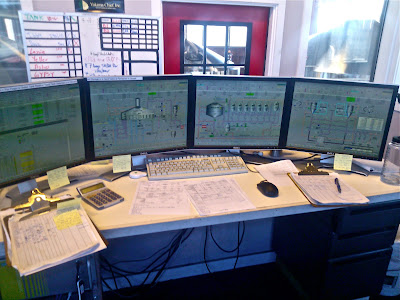 Speaking of unique concepts, the application I was happiest to see was from Tomas Sluiter for his long in the works “Culmination Brewing Company.”When I reached Tomas on the phone, he was more than happy to talk about the intricacies of his new brewing project, but also loath to go on the record about some of the more ambitious plans. The recently-filed OLCC permit is to test whether the SW Portland location is even licensable by the state. It also depends on nearby Lincoln High School parents/community members not objecting to its close proximity. Still, I can hardly imagine an underserved residential neighborhood in Portland rejecting a new brewpub. The new concept will start out with a 4bbl brewhouse, but it will be a fully automated system taking advantage of low-temperature boils that are becoming popular in Germany. The real unique concept behind Culmination, though, is the spirit of collaboration and experimentation that will welcome in both pro and amateur brewers to utilize the system for their own recipes. One-off batches may be the norm for Culmination, but instead of the small scale, in-house legalized homebrew that breweries like Portland U-Brew and Coalition allow you to do, these beers can be bottled and released to stores. Culmination plans to make its website a virtual beer encyclopedia, with guides to recipe building and ingredients to research and design beer to be brewed on their system. Making this project especially geeky is the high tech computer controlled brewhouse that will be able to be monitored via Culmination’s website and allow for nearly round the clock brewing. For instance, you will be able to design, submit, and process your beer online and then monitor from your home computer the temperature of the boil, the mash strike temp, and the sparge time.
For house brews, Tomas tells me he is excited about brewing some sour fruit beers and pub staples. Yes, the Culmination Brewing Company also plans to have a full brewpub. If the location works out, it will be at 1215 SW 16TH, PORTLAND. 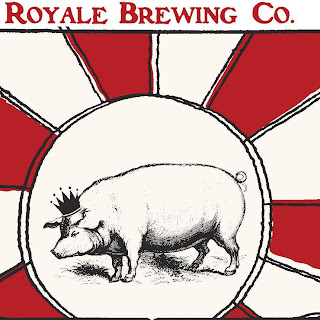 That brings us to the mysterious Royale Brewing Company. While as far as I can tell no permits have been filed for Royale Brewing Co., test bottles of its beer are being passed around the industry scene. You see, it seems this new venture is from the owners of Green Bottling. If you’re in the industry, you may know Green as the top mobile bottler in town, specializing in 22oz bottling for those without their own equipment. Green’s services are used all over the state by breweries such as Burnside Brewing, Bridgeport, Lompoc, and more. Royale Brewing Co. is a longer-term venture that hopes to have beer available by the end of the year in a contract brewing arrangement with an as yet unidentified local brewpub. But a good sized 20bbl system is already on order from local Metalcraft Fabrication, which has over a yearlong backlog. This will give the the Royale Brewing founders time to dial in their brews and secure a location for their own system in a project that is estimated to take 1-2 years.