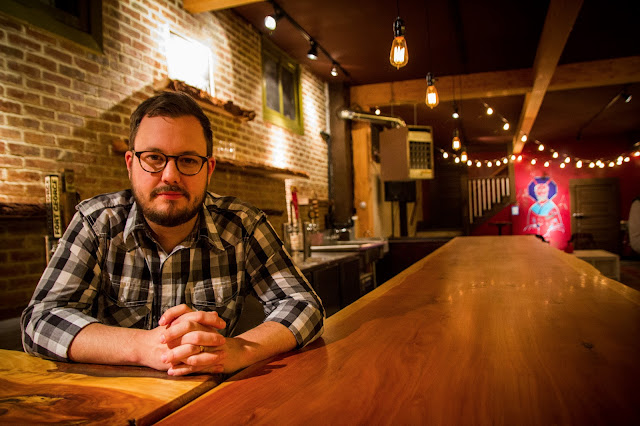 In the blossoming Woodlawn neighborhood in Northeast Portland, a new craft beer media darling has arisen–The Oregon Public House. Located underneath the Village Ballroom just one full block away from Breakside Brewery and the Firehouse Restaurant that put the neighborhood on the map, OPH has received national press before even opening its doors for its innovative concept of funding non-profit charities by purchasing craft beer. As founder/director of OPH Ryan Saari told me on my first visit to the aspiring taphouse and craft brewery nearly 2 years ago, bars do well evenin rough times. The Oregon Public House will offer an opportunity for you to feel good about that $5 pint of beer because you will be choosing from one of 8-10 charity organizations you wish to benefit with your money. But Oregon Public House doesn’t just plan to sell you craft beer; it plans to make it for you as well. 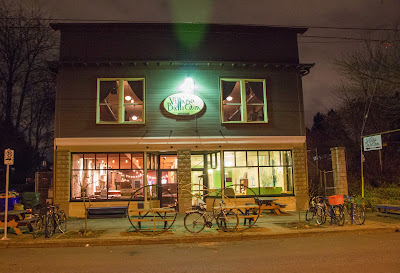 What has taken so long for the Oregon Public House to open since we reported it first in February 2011 is no mystery. Without a big money backer and unwilling to take loans or accrue any debt, Ryan Saari has built the pub entirely from donations. From salvaged wood to gifted kitchen equipment, the community has been pouring in its support. Most of the cash has come in through the Founders Mug Club program that can keep you in beer for life (there are still openings). Keeping the space from being rented out, Ryan Saari has been operating the upstairs Village Ballroom, renting it out for events and community gatherings, and presiding over the neighborhood non-denominational church. 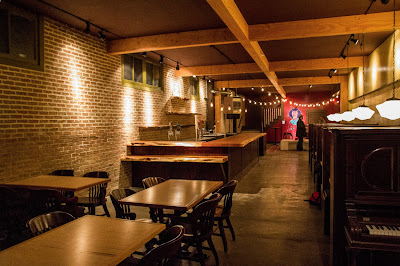 When I interviewed Ryan some time ago, I could not help but wonder if some religious affiliations would emerge, but with my visit to the OPH’s first dry run last night, not a cross or burning bush was to be found. What you will find is a beautiful antique piano left over from a previous tenant; beautiful wood benches and booths; a well-polished, sturdy, salvaged live-edge hardwood bar similar to the one found at Grain & Gristle; and dangling bulbs and outdoor lights strung across the dimly lit but immensely warm and cozy interior. The small kitchen in the back will serve simple but well-made pub grub, and a small walled-in kids play area gives you a place to leave the little ones while your downing some cold ones for the good of humanity. 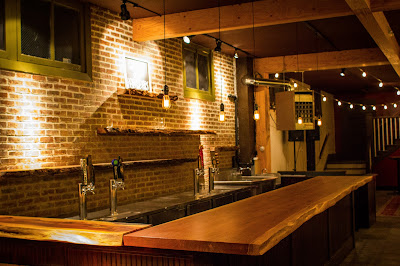 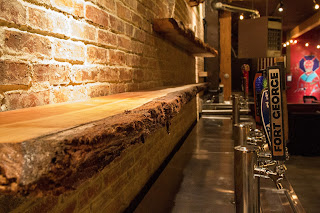 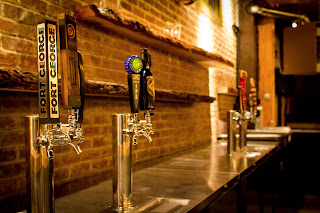 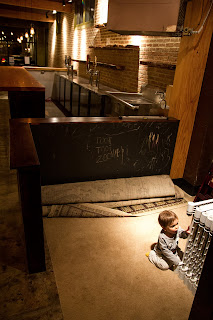 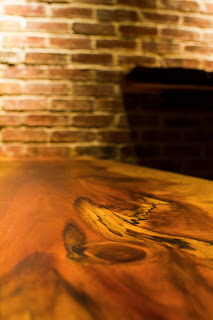 You may be wondering how the whole “non-profit” and charity part of the Oregon Public House works. According to Ryan Saari the federal government requires a tax-exempt 501c3 non-profits funding to come from at least 80% charitable donations, the pub itself cannot technically be a non-profit. However, all but the basic operating expenses will go to 8 to 10 non-profit organizations selected to be represented for a 12-month period.

Three chalkboards hang by the bar, and their names neatly describe in 3 words what the Oregon Public House is all abut: Eat, Drink, Give. Select what you want to eat and drink, then select the 3rd option of which charity you want to give to. At the preview gathering for the benefiting charitable organizations last night, groups like My Voice Music and Habitat for Humanity were on hand, among many others. The years it’s taken to open the OPH have paid off (Ryan Saari has had the space since August of 2010). Since the pub is opening with no debt and nothing to pay off, it will be donating profits from the very first pint sold instead of working to pay off what it owes just to break, even as most restaurants and bars do. So far OPH has raised some $200,000 dollars, but it’s still not quite there. On the list to purchase in the next few weeks before opening are kitchen items like a food processor and the opening taplist of 10 kegs. 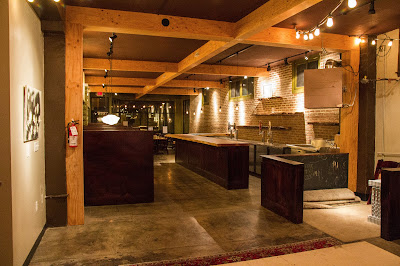 If you’re wondering what the drink list will be like at Oregon Public House, you can expect a rotating variety of Oregon-centric craft beer and wine, with sodas for the little ones. There won’t be any hard liquor. Ryan Saari is a big hophead like so many of us in the Pacific Northwest, so expect plenty of IPA goodness. I know Ryan is a big fan of 10 Barrel Brewing, and I enjoyed an India Session Ale last night, as well as hop bombs like Fort George Vortex IPA. Also, like many are now discovering, Pfriem Family Brewers beer was on tap, along with a Reverend Nat’s Cider and Everybody’s Brewing Lager. Oh, and in case your wondering, all beers are served in honest English-style nonic pint glasses! 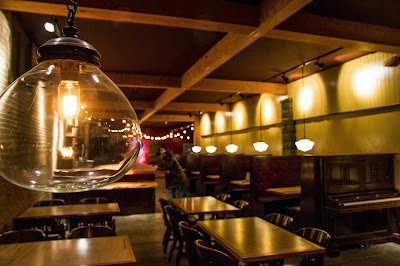 In the future Mr. Saari hopes to get the pub licensed to brew its own beer on-site, therebyenablit it to donate even more profit to charity. You know how I know they will have good beer here? While discussing the future with Ryan, he excitedly told me about his latest homebrew, a “Cascadian Dark Ale.” His words.

Come drink away your misery while making others just a little bit happier when Oregon Public House opens to the public next Friday May 10th at 700 NE Dekum. 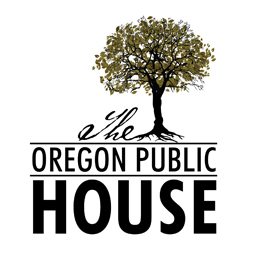 You can still get in on the ground floor: http://oregonpublichouse.com/make-a-donation.php