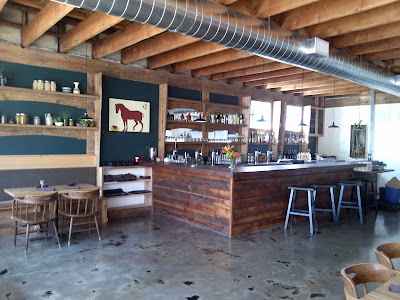 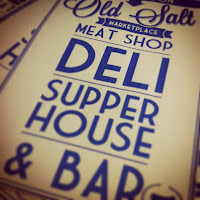 Straying slightly from our typical coverage The New School presents a first look at the new Old Salt Marketplace freshly opened on NE 42nd from the folks who brought us Grain & Gristle. Like Grain & Gristle the Old Salt’s restaurant and bar will focus on a rotating seasonal menu based on what’s locally available from farmers and with a varied rotating taplist. What sets Old Salt apart is that it also houses it’s own butchery where sausages, steaks and more can be handcut, smoked and wrapped on site. Part deli, part butchery and even a separately run (not yet open) bakery is on-site with a weekday farmers market coming to their parking lot this summer. 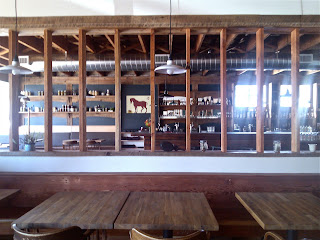 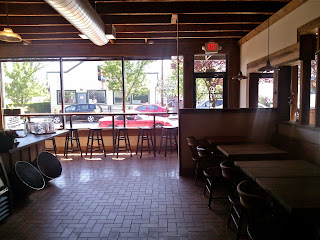 Much like Grain & Gristle the Old Salt takes a rustic approach to it’s interior as well as it’s food. Old open wood ceiling and unpolished shelves holding pickled veggies, sauces, wines and vermouth are reminiscent of a farmhouse pantry. 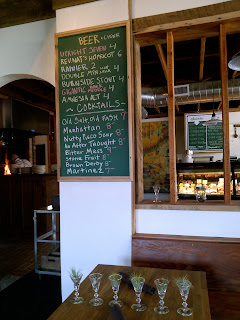 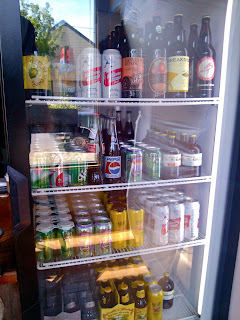 Also just like G & G the beer list at Old Salt is curated by co-owner Alex Ganum of Upright Brewing. The beer wont be as big of a focus here as it is at G & G, it falls somewhat short of a taphouse but qualifies easily as a great gastropub addition to an under served NE 42nd avenue. 7 taps are dedicated to craft beer and one for Ranier, in the deli portion of the building is a number of bottles including Breakside, Pelican, Sierra Nevada, Occidental and of course Upright. 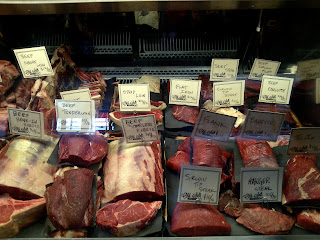 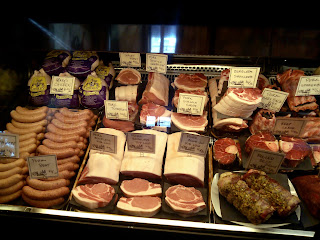 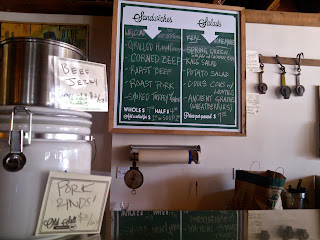 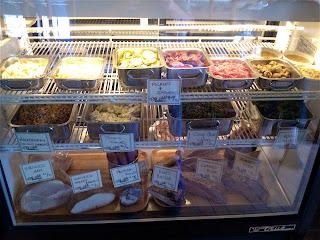 Operating separately and as apart of the bar/restaurant the deli and butchery is open earlier in the day 11am – 7pm and in addition to Chef/Co-Owner Ben Meyer’s housemade brats has almost any kind of fresh cut meats you would want. Separated only by a partial open wall between the restaurant and meat shop/deli the whole place reminds me of a pioneer settler era general store with jars of (again housemade) beef jerky and pork rinds on the counter. Tables and windowsills are decorated with air plants and succulents and country music was playing giving the place a bit of an old west feel.You can come in and sit down for a sandwich in the window or in one of a handful of seats while grabbing a bottle of beer like I did the other day. A nice salty citrusy Upright Brewing Gose goes great with a smoked turkey sandwich, chili or a rotating soup are always available. A nice selection of salads complement classics like Kale and Potato Salad with rustic Ancient Grains salad with wheatberries. 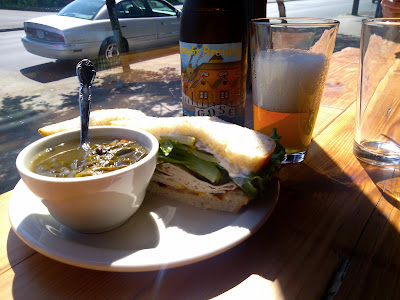 The dinner menu in the bar is available 5pm – 11pm and ranges from such hearty fare as the perfectly cooked and juicy Roasted Half Chicken, carrots and wheatberries and broken pie crust in a light gravy ($15). The chicken was beautifully soft and juicy and the broken pie crust was both crispy like a tortilla chip and soft and bready like pot pie after marinating in the chicken juices and sauce. The Roast Beef with crushed potatoes, braised shank and radishes ($17) was equally deliciously prepared on opening night. I am looking forward to trying the Grilled Pork Belly with cheddar polenta, charred asparagus and green garlic ($14) on my next visit. The menu is full of freshly harvested items like beech mushrooms, radishes, turnips and nettles. 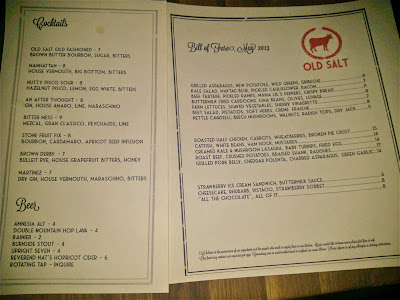 If you can get over the rotating beer list that now includes Amnesia Alt, Double Mountain Hop Lava, Burnside Stout, Upright Seven and Reverend Nat’s Hopricot Cider then check out the spirits. I havent tried any yet but I know the Old Salt guys are excited about the cocktail program and Alex is soon to be bottling his own handmade Vermouth for cocktails out of the back of the commissary kitchen at Old Salt. Looking over the cocktail list there are a lot of twists on classics like an Old Fashioned with Brown Butter Bourbon or a Manhattan with Alex’s Vermouth and the locally made Big Bottom Whiskey. I am very curious to try the “Nutty Pisco Sour” with a Hazelnut Pisco and the Brown Derby with Bulleit Rye, house grapefruit bitters and honey. 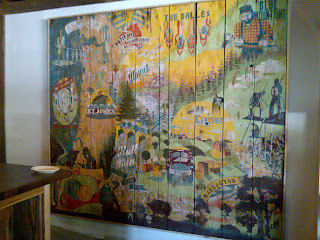 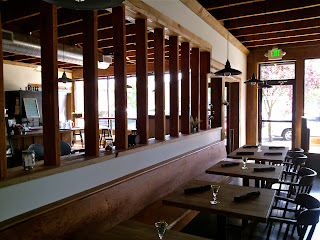 It’s not open yet but very soon expect a bakery to go into the Old Salt building that along with the upcoming farmers market really completing the housemade food and drank hat trick they are going for. 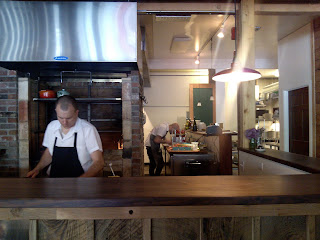