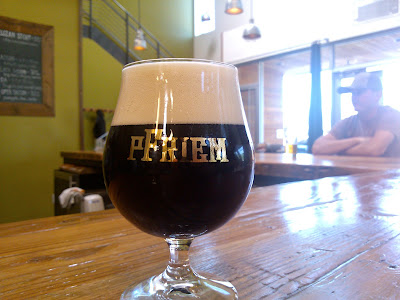 Less than a year old Pfriem Family Brewers has captured beer buzz in Oregon and Washington for their crisp refined primarily Belgian inspired beers. Having already added more tanks earlier this year they are now moving into the next door open space to build out the brewery, storage and kitchen. 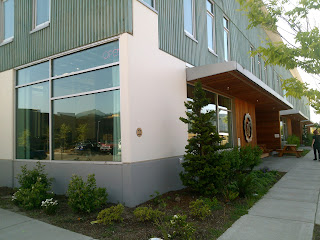 Located just across the street from the beautiful Hood River Waterfront Park the brewery has lucked out with a gorgeous location yet without any outdoor seating. That’s changing this summer though when they cut out a doorway in the front corner that leads out to what is now a handful of handicapped parking spaces and which will soon become a partially covered garden patio with a large fire pit and about 40 extra seats. 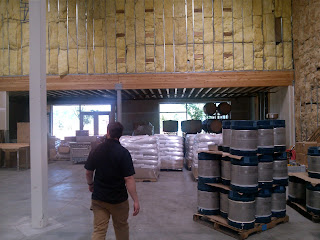 With extra seats the brewery also will add a much needed kitchen expansion. I always thought it was curious that Pfriem’s so called “tasting room” offered a full and often times elaborate and delicious menu without a whole lot of space. The kitchen will now expand through the back wall and into storage rooms that were meant for barrel-aging and bottles but now will have more prep space and a new walk-in. 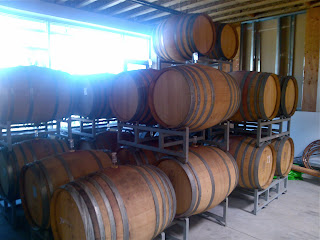 Never fear about the upcoming Pfriem barrel-aging program and future release of bottles. Instead of the truncated space before the next door space could almost double their current space and hold as many as 200 barrels. In fact Head Brewer and co-owner Josh Pfriem has already obtained from Domaine Serene winery. Already filled with beer and bacteria we will be waiting another year and a half to try Pfriem’s takes on a Flanders Red and blonde lambic-styles. 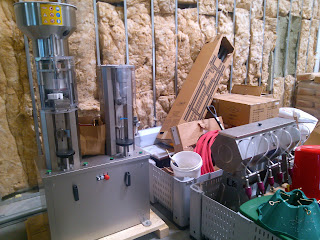 But as soon as this fall Pfriem Family Brewers hopes to begin bottling their regular lineup in 750ml caged and corked bottles. It’s rare to see any brewery actually corking their beers these days with more and more new breweries relying on mobile bottling and canning lines it’s rare to see one with their own let alone a throwback to older traditions with the larger more elaborate format. However in the back of the new expansion a brand new bottler that will mostly manually cork and cage those brews is waiting patiently. 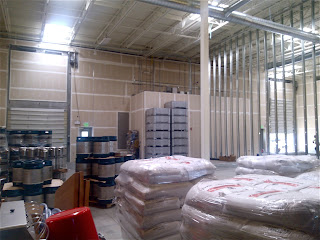 Other projects on tap at Pfriem call for a brand new massive cooler, an office and continued experimentation with beers. You may have tried Pfriem’s saison series featuring session, regular strength, strong and black saisons that were some killer examples of the style. Now Josh Pfriem has his eye focused on lagers with a new Pilsner on tap and a Helles in the works. The new Pils, available now in Oregon through Point Blank Distributing may please fans of Pilsner Urquell and those with a hoppier taste at the same time. Crystal clear and filtered like almost all the Pfriem beers the Pilsner is not bitter but is finished with hefty doses of german hops and a dry-hop in the tank to give more hop flavor and aroma. I detected both a spicy and slightly mintiness from the flavor and also just the slightest ting of diacetyl that is appropriate in some examples especially with the Bohemian Lager yeast they are using. They are still tweaking the Pils with a batch 2 tasted from the tank without the diacetyl. I was especially fond of the nearly completed Helles though, less hops, slightly more body and even more refreshing. It’s not available yet but should be soon. Also if you havent tried Priem’s experimental Pale Ale using only the hot new hop variety Mosaic, you should really seek it out. Also look out for new 45 bbl tanks which mean even more Pfriem beer in the near future. 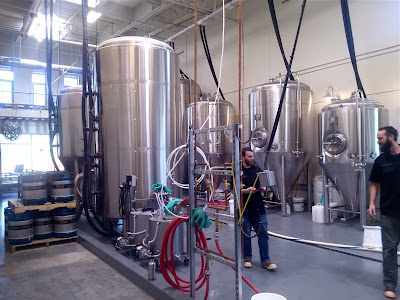