Industry News Complete List of Home Beer Delivery Options in Oregon
Samurai Artist
UPDATED on April 3rd 2020! Breweries and bars are struggling to stem the bleeding inflicted by COVID-19 virus and the mandated government shutdown of most of the service industry.
8 min read

Two new Portland taphouses are in the works, both in recently redeveloped properties. The BrewStop will be a new taphouse from the BrewCycle folks, and Imperial Bottle Shop and Taproom will be emerging on lower SE Division street. Meanwhile, the Homebrew Exchange is planning its own brewery in NE Portland. 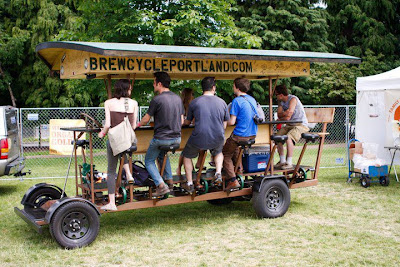 I haven’t caught a ride on the BrewCycle yet, but I have definitely seen it pulling into Lucky Lab on NW Quimby, as well as its pub-cycling competitors, the Pedalounge, pulling up to APEX. This multi-pedal-powered pub concept seems to be popular for birthday parties, bachelor parties, and tourists to get around on while having a brew. It turns out that the business is branching out from just a mobile bar to a more permanent place at 1425 NW Flanders. The new pub is on the same block as Mellow Mushroom and right across the street from the Rogue Ales Public House. The new spot will serve as home base for both the start and stop of Brewcycle tours. BrewStop also hopes to appeal to just the average consumer looking for a beer and a bite and will feature 24 taps with Mexican-inspired food including quesadillas, salsas, and salads. The Pearl District’s good beer options keep getting better and better; now we just need more in SW. 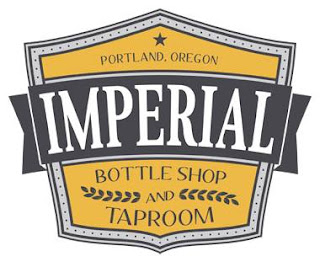 Imperial Bottle Shop and Taproom will be located in the longtime vacant building on the popular strip at 30th and SE Division. The building once was a Nature’s Market and has since served as Obama campaign headquarters. A nearly completed remodel will make room for a number of businesses, including Imperial Bottle Shop at 3090 SE Division. A recent Facebook update shows Imperial is just beginning its construction by adding floor piping and has an optimistic outlook to open by the end of the summer. Follow the progress on Facebook.

As first reported on The New School on April 2nd, the folks behind The Homebrew Exchange are planning to open their own brewery called Crooked Bottle in the adjacent building. When I asked for comment on the original story owner, Aaron Fabbri was coy but has now revealed via Kickstarter the plans for a neighborhood brewpub incubator project. This all sounds good, but like more and more startups these days, the plan is to get funding from Kickstarter. Such projects are a dime a dozen now and seem increasingly less likely to make their funding goals, such as the recent TrueShot Brewing, Pelican Brewery’s expansion, and many more. Then again, there are always success stories like the recently campaign by Reverend Nat’s Cider. Crooked Bottle is almost halfway to its fundraising goal, but has just 15 days left to reach the finish line: http://www.kickstarter.com/projects/crooked-bottle/crooked-bottle