The computer engineer who joined the army, who then became a culinary student, who then became a biochemst, is now going to become a brewer. Aaron Hanson has spent the last 5 years as a homebrewer who is passionate about science, and the next step in his long and varying career is opening his own brewery, Bunsenbrewer, in Sandy, OR. The small city is devastatingly short on craft brews after the failure of many previous brewers like Sandy River Brewing and Karlsson. Some might say it’s a craft beer wasteland, but if this new startup’s homebrewer cred has any weight, it won’t be any longer. 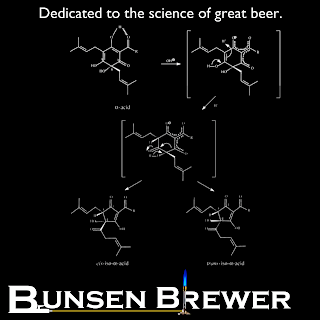 Bunsenbrewer will change all that with a unique environment that plays up the science of craft beer. The man behind Bunsenbrewer is the current Education Chair of Portland’s own Oregon Brew Crew:
“I’m opening a 1.5 bbl fermentation laboratory in Sandy in the industrial park across from Fred Meyer. I call it a fermentation laboratory rather than brewpub because it’s very science-themed, and because the beers are made using the scientific method.”

Bunsenbrewer’s beers will rotate and change over each batch; instead of the traditional approach of consistency, the brewery will emphasize experimentation. “As a customer you’ll be able to see the full brewing notes, including recipe, yeast strain, temperatures for the pint of beer you order, compare that side by side to another experiment in the same line, and provide feedback. The recipes and methods evolve over time,” explains Aaron Hanson. 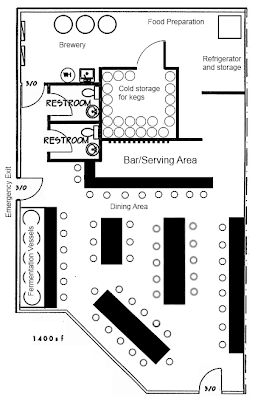 Even though it’s just a one and a half barrel nano brewery, Aaron plans to operate a full time pub that serves tasting tray beer flights in 150ml beakers, going so far as to have the bartender wear a lab coat–though he assures us that you can “just show up and enjoy a pint without being overwhelmed by the science.” The brewery is in an industrial park across from the main Fred Meyer in town, Aaron prefers to call it a fermentation laboratory instead of a brewpub. 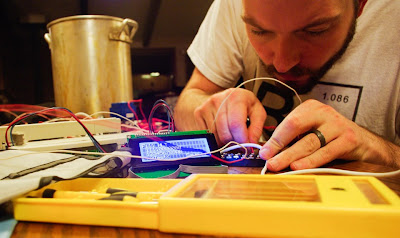 Aaron Hanson was a computer engineer before joining the Army in 2000 to go to Army Culinary School. After getting out he did more IT work and went back to school to get a BS in Biochemistry in 2011. He has been homebrewing for 5 years with some professional brewing experience at Fearless Brewing in Estacada. In July of 2012 he presented a seminar at the World Brewing Congress on the “Enzymatic production of gluten-free beers from conventional grains” that was just ahead of the release of Widmer/Craft Brew Alliance’s similar gluten-free line, Omission. He is a technically and scientifically skilled brewer who has pieced together and soldered his own brewing equipment computers. 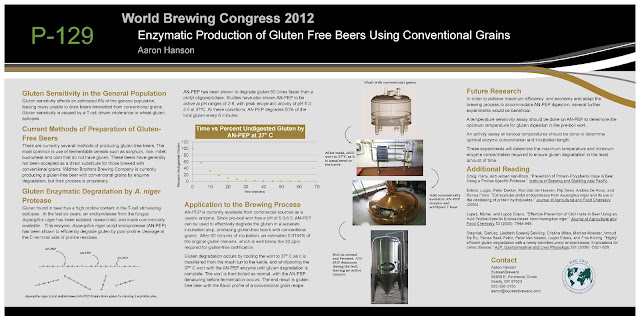 “I came up with the abstract in late 2011 before I’d heard of Omission. My father in law is gluten-sensitive and I had heard of this enzyme while I was in school, that it was being developed into a pill people could take. The poster for WBC was done with a more biochemistry approach than an industrial one. I thought it made more sense to chill the wort to the best activation temperature for the enzyme between mashing and boiling, and then denature the enzyme after it had degraded the gluten.”

The Widmer Brothers brewers’ approach was to instead add the same enzyme to fermentation, skipping the extra step. This would then cause anyone to wonder whether Bunsenbrewer will be making gluten-free beers. The answer is no, kind of:“I am going to be making reduced gluten beers. There’s quite a bit of dispute about the term “gluten-free” when applied to food products that have contained gluten, but I’ll definitely be using the AN-PEP enzyme to make beer that my father in law can drink.”