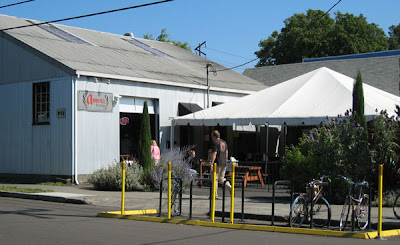 North Portland’s popular Amnesia Brewing brewpub location on Mississippi has been sold and will become StormBreaker Brewing. Fear not, lovers of Amnesia’s Copacetic IPA and Trail Hazer Pale, because the company’s Washougal, Washington, production brewery that opened last year will live on, producing even more Amnesia brews. Meanwhile, Amnesia brewer “Rob” Allen Lutz has purchased the original Amnesia Brewing home after working there for the last 4 years. He was with Point Blank Distributing before that. 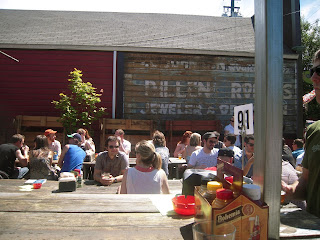 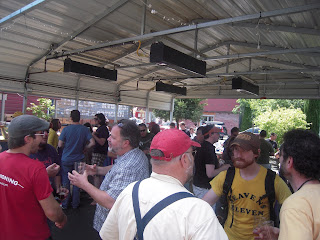 The Amnesia sale goes through on January 1st; at that time the pub will close down for a spiffy but minor remodeling and rebranding. The brewpub will reopen as StormBreaker Brewing with a little bit smaller output than before. The new owners will begin by supplying the pub with new recipes and doing some self-distribution of kegs around town. Before long the new team hopes to make a few changes on the existing Amnesia model, such as more new and rotating beers, experimenting with Belgian styles, and freshening up the food menu with more options. More production brewing is not far out, though, with plans to begin canning and/or bottling beer sooner rather than later. Brewer/Owner Rob Lutz even hopes to eventually change Amnesia’s infamous no minors policy to allow kids, though he says he won’t go so far as to add a play area. Fans of Amnesia’s patio will still be pleased, but the new owners hope to warm up the interior and make it more welcoming and slightly less “warehousey,” too. Rob will continue on as the sole Head Brewer to start with and will be joined in the venture by his friend Dan Malick as a business partner/investor. Look for the new StormBreaker Brewing to open in February; in the meantime you can still enjoy the Amnesia pub for the rest of the year.