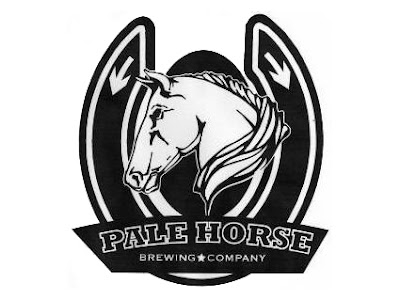 If I were standing on the roof of Pale Horse Brewing in Salem, I could easily throw a Frisbee and hit Vagabond Brewing. That proximity is the closest thing they have in common. That and they’re both owned by Marines. While they all saw military action, the latter’s brewing activity is just about to begin while the former’s has officially ceased. If you see any Pale Horse Hopyard Dog on the shelves, it’s your last chance to try it (possibly for the first time). 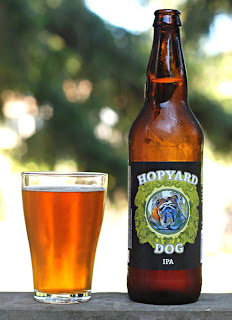 Pale Horse opened in 2008 as Salem’s first production brewery. Only McMenamins Thompson Brewery, established 1990, predates it. Dennis Clark and his brother Sid opened the 7-bbl brewery as second careers. Dennis was an award-winning homebrewer and Sid worked in the electrical field and very early days of computers. But that’s not a BlueTooth ear piece he now wears; it’s a hearing aid. He may have been ahead of his time in terms of computer technology and the Salem brewing scene, but the state capital is turning into a progressive hotbed and it’s no country for old men. 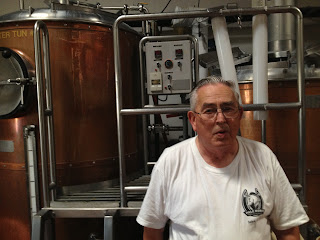 One problem is that Pale Horse signed with a lousy distributor. And entering into a contract with a beer distributor is like entering a parking lot with those tire spikes; you can’t back out. I think they sell more Hillbilly Blonde in Alabama than they do in Oregon.

Pale Horse is a production brewery only. No pub. Not even food carts. That’s because there’s no tasting room. No reason to visit at all besides the fact that they offer mostly just four beers—that blonde, an amber, an IPA, and a stout. 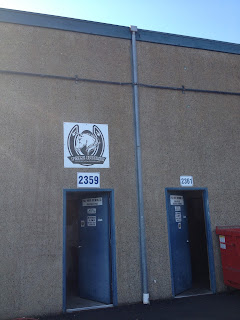 As for the newer breweries in town, Santiam has 9 co-owners and they’re the new, relatively-old farts. Many have kids. But they run a killer tap room with ten taps as well as four cask engines and select from global styles. Gilgamesh’s closest thing to a flagship, Mamba, is a gruit brewed with black tea and tangerine zest and completely devoid of hops even in this climate. They even get in on the terroir game with Filbert Lager made with local hazelnuts. Salem Ale Works (SAW) is not even a month old! Founded by college buddies, they do pretty straightforward beers on the 4-bbl system but the honey-basil beer is great and designed for food pairing and there’s even a Mexican Stout up brewer Justin Ego’s sleeve. 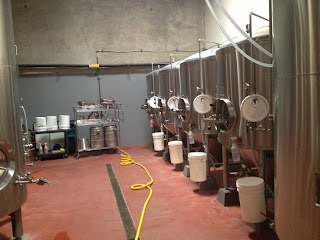 Then there’s Vagabond. They say they’ll be open before the calendar strikes 2014, but I’m not 100% sure. The “brewery” at this moment is a 3,000 square foot warehouse and some chalk outlines for tanks, the bar, and drains. But the guys, all in their late 20’s except the grandpa in his 30s, are ambitious and savvy and I have no doubt they’ll work hard to make Salem’s star shine brighter on the beer map. 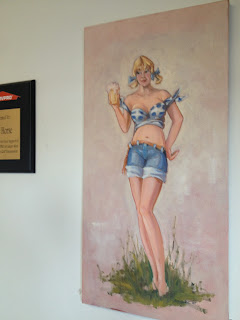 Funny thing about that map. There’s one on Vagabond’s office wall. An actual US map showing where American breweries are situated. I mean, there are over 2,500 and the map maybe lists two or three hundred but it’s freshly printed. It shows Gigantic and Occidental and points out Two Kilts in Sherwood, but it leaves off some 50 of Portland Metro’s breweries! And in the Willamette Valley it still thinks Pale Horse represents Salem.
* * *
As a footnote, Pale Horse is currently listed with a broker. Vagabond and SAW tried to buy their keg washer, but it’s being sold kit and caboodle, not piecemeal. Sid expressed hope that a brewery in planning near Los Angeles is making an offer. It’s got a good beer scene going not a single brewery there has yet to survive as long as Pale Horse did.

Brian Yaeger is the author of Red, White, and Brew: An American Beer Odyssey. He contributed to the Oxford Companion to Beer and writes for All About Beer, Draft Magazine, CraftBeer.com, Portland Monthly, Willamette Week, and more. He earned a Master in Professional Writing (with a thesis on beer). Other than GABF, his favorite, can’t-miss event is the New Orleans Jazz & Heritage Fest where he’s drawn to any band with a tuba. Along with his wife, Half Pint, he runs Inn Beervana Bed & Beer in Portland where he also lives with his baby boy I.P.Yae, and German Shorthair Pointer, Dunkel.