Industry News Over 30 Oregon BLACK IS BEAUTIFUL Collaboration Beers
Neil Ferguson
The craft beer industry has a diversity problem, which should be obvious to anyone who has ever seen the overwhelming amount of burly bearded white dudes (full disclosure: I am one of those dudes) roaming tap rooms or spraying down tanks in the brewery.
15 min read 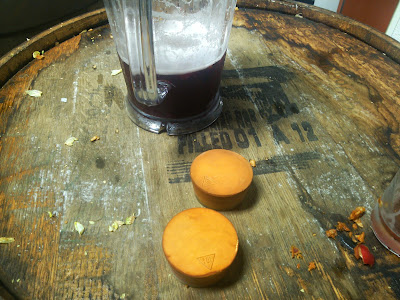 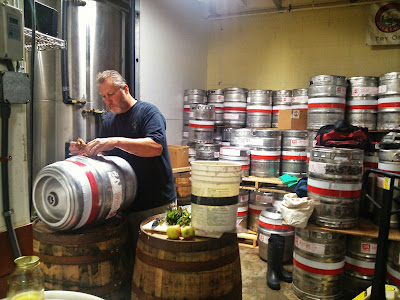 Brian Scheehser of Trellis Restaurant (located in the Heathman Hotel) in Kirkland, Washington, graduated from the CIA institute a good 20+ years before Bryan Kielty, but their paths have been similar. Both left to open French restaurants after graduation, and after living in various cities across the country, both settled in the Pacific NW and developed an appreciation for beer and food pairings. When the opportunity for a beer dinner came about, both thought it would be fun to actually collaborate on the beers and use fresh ingredients grown by Chef Scheehser on his 10-acre farm in Woodinville, Washington. 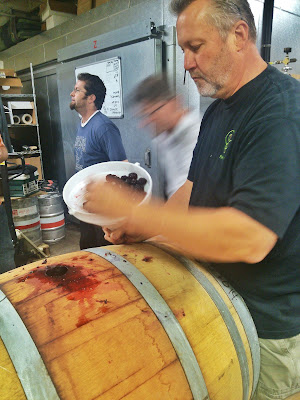 The culinary team at Trellis likes to have a hand in everything they make, from the herbs and spices to making their own cheeses for pairing, and now beer. Each of the new beers features a fruit and an herb grown by Chef Scheehser, who specializes in this sort of thing: Trellis’ menu features a salad that’s made exclusively with ingredients from his farm, harvested within 2 hours of hitting your plate. The first beer is built upon Lompoc’s Fool’s Golden Ale that is now to be aged in a fresh wine barrel with frozen blackberries and fresh thyme. 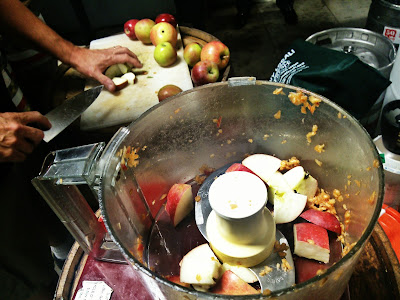 The second beer is layered upon Lompoc’s Cellar d’Or–one of the better farmhouse-style beers brewed recently–and also aged in a newly emptied wine barrel. In that barrel has also gone some freshly cut and hand blended golden apples and some pineapple sage, both grown by Chef Scheehserin his garden. Each were added with minimal processing, just fresh chopped and added to the barrel with the beer then siphoned over the top. All of this occurred on the same day that Bryan and Brian also collaborated on a new IPA that will be the latest in Lompoc’s rotating series of Classic Rock-inspired IPAs. 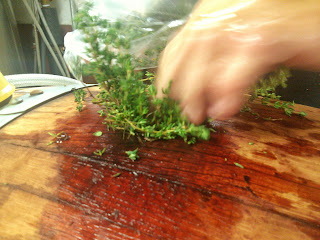 Both of the new barrel-aged beers will be released at Lompoc Sidebar this fall before hitting the white table cloths at Trellis for the feature beer dinner.