San Francisco Bay Area-based Almanac Beer Co. has been a nice addition to the Portland market and is now launching three new beers: Citra Sour, Pumpkin Sour, and Ginger Gose that will reach Oregon in early September. Known for farmhouse ales and barrel-aged fruit sours, Almanac Beer is still pretty scarce in Oregon, but is available in very limited bottles and draft through Columbia Distributing.

Hoppy and sour might sound like two flavors that wouldn’t play nice together, but there is much more to hops than palate-punching bitterness. If you look beyond the IBUs, hops lend a wide range of flavors and aromas, from fruity grapefruit and papaya notes to delicate florals and hints of good ‘ole American pine. These characteristics are coaxed out by dry-hopping, adding hops to fermenting beer just before bottling for super fresh and complex aromatics.

Citra Sour is the first in our single-hop sour series. As the name suggests, Citra hops are known for citrusy, fruity flavors and aromas, hinting at grapefruit or even melon and passionfruit. It’s a popular hop in big West Coast IPAs, but bold enough to shine solo.

These fruity aromas blend harmoniously with our tart, earthy sour blonde ale, creating a beer that both contradicts and complements itself.

Pumpkin Sour is our ode to autumn. This spiced brown ale spent months aging in wine and Woodford Reserve Bourbon barrels with hand-roasted, California-grown heirloom pumpkins harvested in the winter. 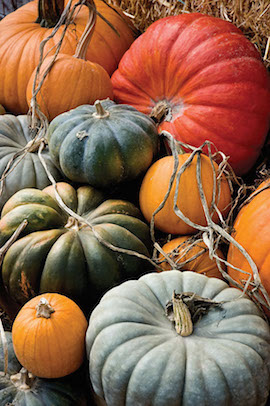 The finished beer is a tart and complex celebration of the season, rich with toffee, vanilla, and pumpkin pie spices.This sour ale is a perfect compliment to savory Thanksgiving staples or decadent bourbon pecan pie.

We’ve added a new seasonal twist to our classic Golden Gate Gose to create Ginger Gose. We took our tart, Leipzig-style recipe of pale malt, wheat, coriander, and SF Bay sea salt and ramped up the flavor with rich, spicy ginger. The result is an aromatic, refreshing beer packed with earthy and tangy flavors, perfect for sipping through the late summer months and into the fall.